TBT: The Steamer was a hero -- just ask the Jimmy Fund 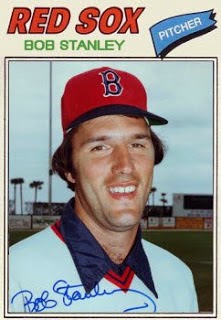 For most people of a certain age, the guy who will be in the visitor's bullpen tonight as a Blue Jays coach will forever be remembered as the relief pitcher who did not close out the 1986 World Series for the Red Sox. Those of us who know of Bob Stanley's good work for Dana-Farber Cancer Institute know this Maine native deserves a far different legacy.

Back in the late 1980s, as his 13-year career with the Sox was winding down, "the Steamer" became a regular visitor to Dana-Farber's Jimmy Fund Clinic -- located just down the street from Fenway Park. He would meet with children battling cancer and their families, bringing some light and fun to their lives at a time when so much was uncertain and scary.

One 10-year-old kid in particular took a real shining to Stanley. This boy, who was dealing with a rare cancer, had always kept mostly to himself, but something about Stanley clicked with him. He was happier and more outgoing from that point forward, and treasured his visits with Stanley and the authentic Red Sox jersey the Steamer gave him. When he passed away, he was buried wearing it. 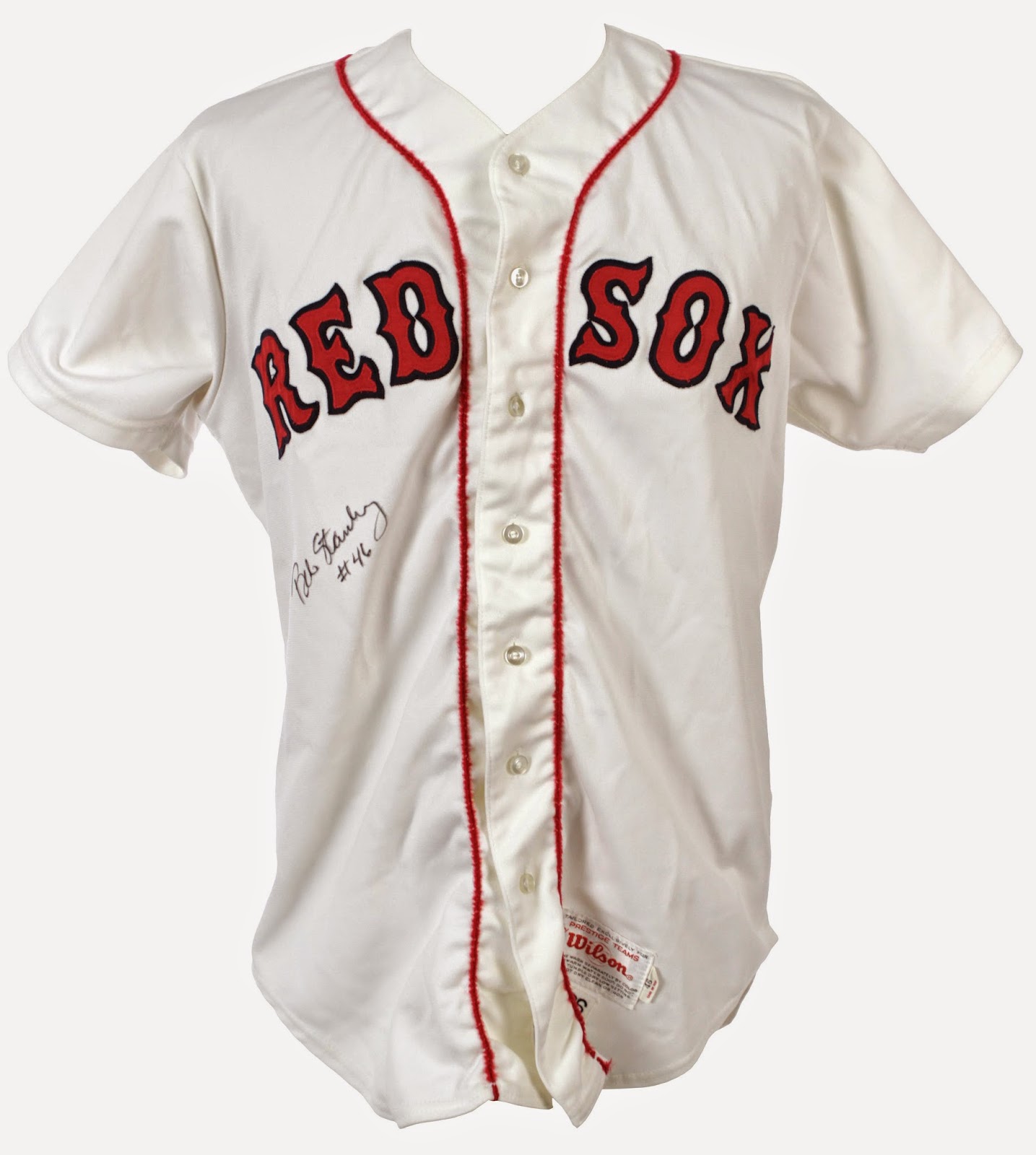 A few years later, fate dealt Stanley and his wife, Joan, a cruel blow when their own young son, Kyle, was diagnosed with the same type of cancer as the boy to whom the Steamer had given his friendship and shirt. Kyle, however, recovered, and was on the field at Fenway with his mom and dad when they were given the "Jimmy Award" -- the Jimmy Fund's highest honor -- for their efforts on behalf of the charity. 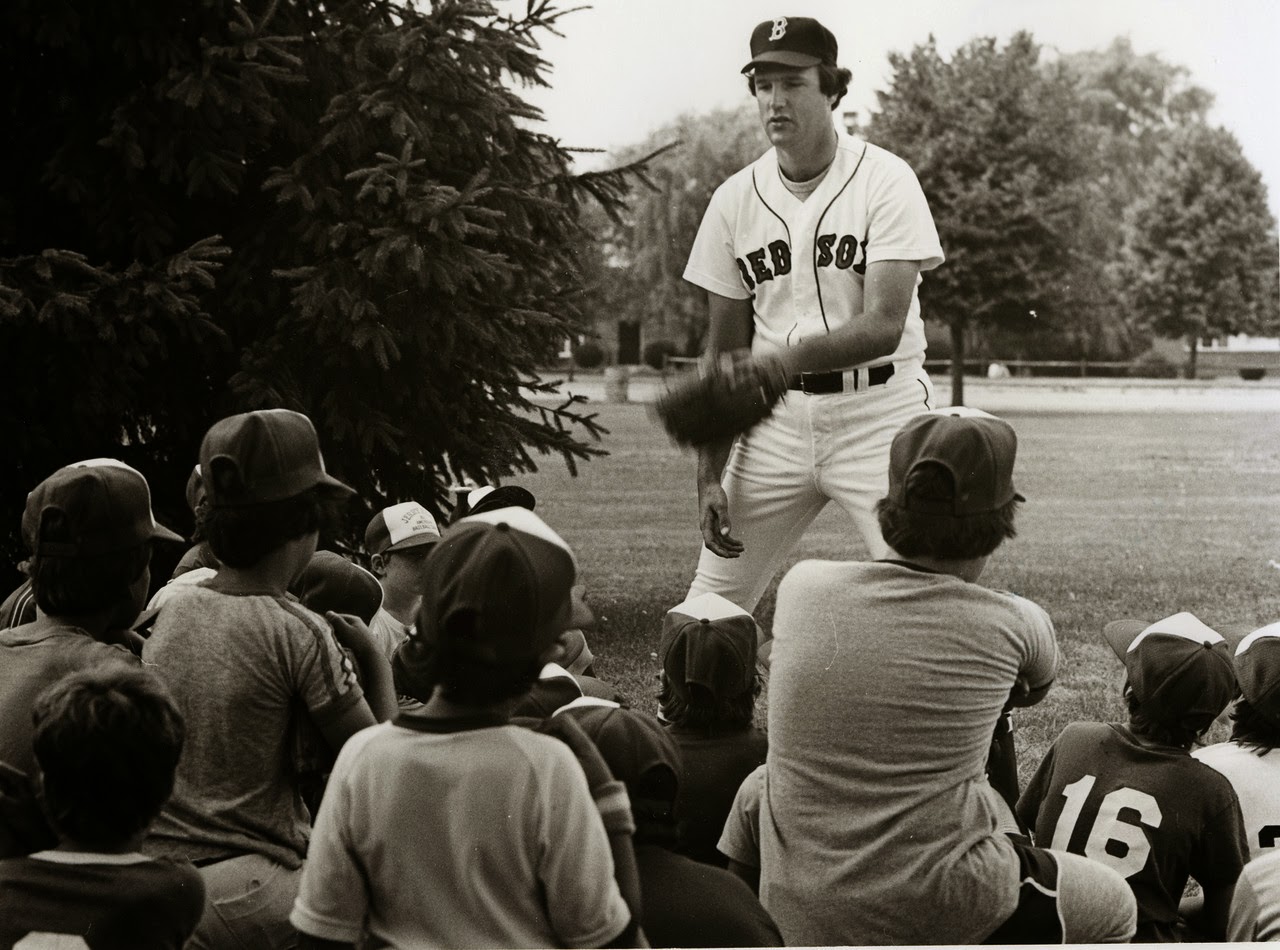 The Steamer was always a hit with kids.

No, Stanley did not win a World Series ring. He helped the Red Sox to the 1986 and 1988 AL East titles and in the '86 World Series had a 0.00 ERA in five games. His sinker was at its best in the 10th inning of Game 6, and several times Mookie Wilson barely got a piece of it. In fact, the wild pitch/passed ball that helped set up L'Affaire du Buckner probably should have been caught (sorry Rich Gedman), and of course Wilson's "soft roller to first..." came off a good pitch too.

All told, Stanley pitched in a team-record 637 games for Boston, a mark that might never be broken. He blew some of them, like all relievers do, but far more often that not he put in a good day's work. A hefty contract late in his career, after which his effectiveness slipped a bit, and his deadpan expression didn't help ward off the boo birds. 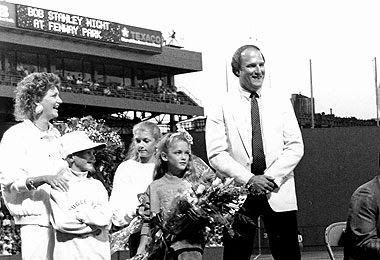 Kyle (in cap) celebrates with his family.

Still, he took it all in stride. Stanley knew what was really important -- watching his son grow up and helping make life easier for other kids given a bad break.

That beats a World Series ring any day. 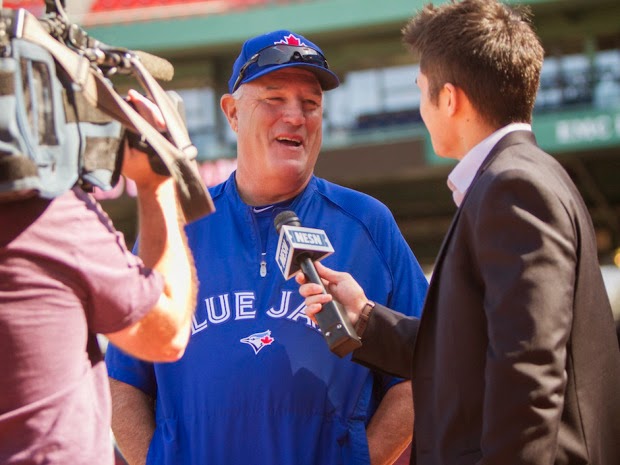