For some fans, Jon Lester was more inspiration than ace 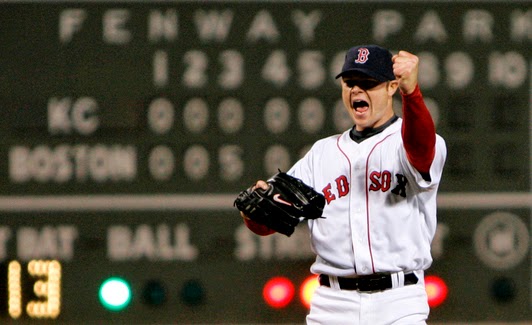 I originally wrote the story below for the Dana-Farber staff Intranet, but felt that giving it a wider audience would be a nice contrast to the negative accounts surrounding Jon Lester's signing with the Chicago Cubs.The names of patients and staff have been changed to preserve their privacy.

Jon Lester's no-hitter was the talk of the Dana 1 infusion clinic yesterday morning, and just because the 24-year-old lefty pitches for the hometown Boston Red Sox.

Lester is also a lymphoma survivor who received treatment at Dana-Farber Cancer Institute in 2006-07. and his quick recovery from patient to the top of the baseball world is an inspiration to others tackling cancer. 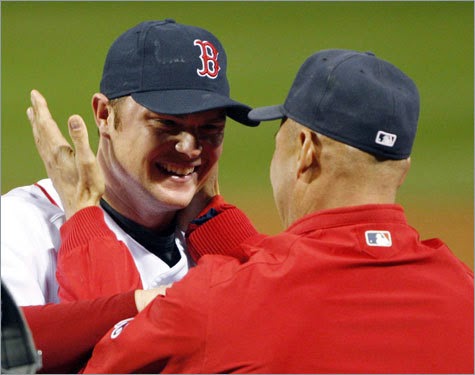 "I look at this guy and say, 'He's come a long way in a short time. If he can do it, I can do it," says Patrick, a 62-year-old patient who was at the clinic getting treatment for his T-cell lymphoma. After Patrick was diagnosed last fall, his son-in-law gave him an authentic Jon Lester jersey for good luck.

When he took off his jacket to reveal the shirt yesterday, Patrick says his fellow patients loved seeing it. "I think it gave everybody a lift."

This is not the first time Lester has been in the national headlines. Initially diagnosed with anaplastic large cell lymphoma as a rookie with the Red Sox in late August 2006, he returned to the Boston roster last July and slowly worked his way back into form.

His effectiveness returned faster than expected, and he wound up leading the Red Sox to victory in the final game of their 2007 World Series sweep over the Colorado Rockies. 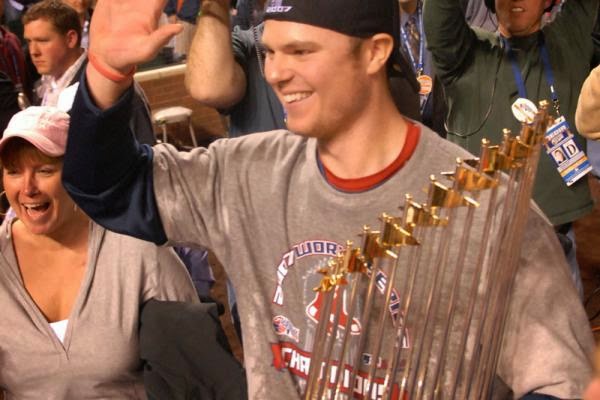 Lester is back in the regular rotation this season, and is strong enough to have thrown 130 pitches in Monday's no-hitter. He also found time to meet with Dana-Farber patients as part of this winter's New Stars for Young Stars Jimmy Fund event at Jillian's Boston.

Lester's presence is felt all over Dana-Farber. Todd, a 28-year-old patient, is in the midst of his second battle with rhabdomyosarcoma, and he has been following Lester's incredible story since the pitcher was diagnosed about a month before him.

As an athlete himself who captained his high school and college football teams, Todd knows how much one's physical and mental strength is sapped by cancer. 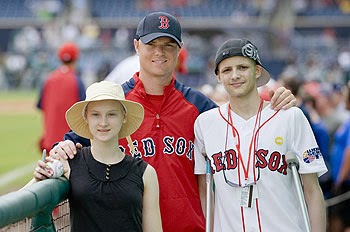 "It's hard to describe; even when the treatment is over, it's really tough to get back to where you were before," says Todd. "To see him pitching in the World Series just a year after starting treatment, and now pitching a no-hitter, it's incredible. It definitely gives you inspiration and more hope."

Dana I infusion nurse Jennifer Smith, BSN, RN, agrees that Lester's on- and off-field heroics give a much-needed boost to those in her care.

"Especially when patients feel like their sickness is taking over, it's very encouraging," she says. "Jon has proven that you can fight the fight, win the battle, and go on and live your life." 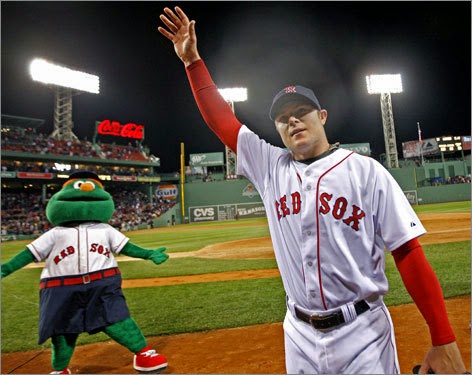 Thanks, Jon
Posted by Saul Wisnia at 12:55 AM No comments: