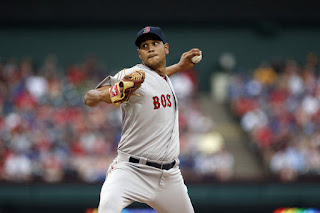 For starters, Rodriquez lives up to the hype.

For most of two months, the Red Sox have sought the spark needed to get their season on track. Now that they may have found it, they would be smart to keep it around.

Last night, in his major league debut, Eduardo Rodriguez shut down one of MLB's hottest-hitting teams in a 5-1 win over the Texas Rangers.  Boston's much-hyped lefthander allowed just 3 hits and 0 runs in 7 2/3 innings, with 7 strikeouts and 2 walks, while performing with poise well beyond his 22 years.

In fact, Rodriguez pitched with the type of confidence that another Red Sox lefty -- Jon Lester -- displayed so often during his long career in Boston. Beginning with a strikeout of .368 hitter Prince Fielder to end the first inning, Rodriguez was in control throughout the contest with excellent command of his 93-94 mph fastball, slider, and change-up. 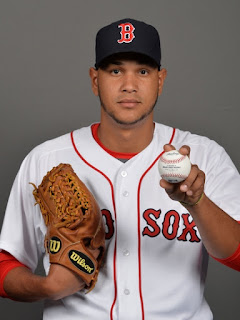 Eduardo has a grip on things.

He did a terrific job moving in and out off the plate, and in mid-game allowed just one walk in a 15-batter stretch that included three strikeouts in the fifth inning. His 106 pitches tied his career high as a professional.

When Rodriguez got the call to report to Arlington from Triple A Pawtucket, he did so with the understanding that he would be returning to the minors after one spot start -- serving as a hole-plugger during a 20-day stretch in which the Red Sox have no days off. Now, however, GM Ben Cherington may want to reconsider that strategy.

If ever a guy deserved a chance to earn a spot in the rotation, it's Rodriguez.

Just how monumental was this performance? You have to go back to 1967 and the near no-hitter by "Impossible Dream" footnote Billy Rohr to find a younger Red Sox pitcher who went further in his MLB debut. 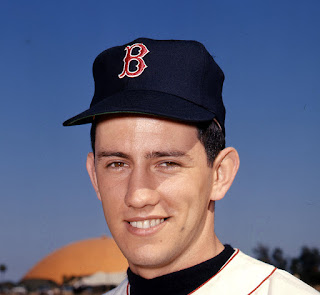 Throw in Hanley Ramirez's first home run since April 29 and three-hit nights from leadoff man extraordinaire Dustin Pedroia and No. 2 man Mookie Betts, and you have one of the most satisfying wins of the year.

Whether it also turns out to be one of the most meaningful remains to be seen.

Knuckleballer Steven Wright -- coming off an excellent start of his own last weekend -- will do his best to keep the mojo going Friday night.

When asked before Rodriguez's start whether an especially strong outing would force the club to keep him around, Boston manager John Farrell said "we'll really, really reconsider." After the game, Farrell said the rookie would definitely be making another start -- if it was up to Farrell.

The final decision, however, will be made by Cherington. Let's hope he makes the right one. 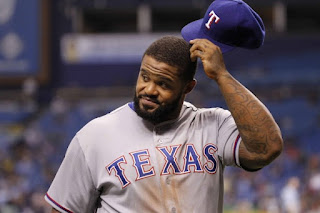 Fielder and the Rangers had no answers.
Posted by Saul Wisnia at 12:02 AM No comments: 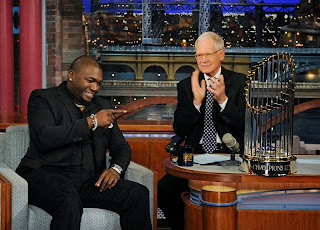 Ortiz gets the last laugh on Mr. Yankee Fan.

David Letterman made his love for baseball -- and the Yankees -- very clear during his 33 years as a late-night TV host, with legends from Harmon Killebrew to Bill Veeck to Derek Jeter taking a seat by his desk. He liked to have some fun with the Red Sox, however, and with the Sox currently suffering through one of the worst offensive slumps in team history, Boston fans can all use a laugh.

In honor of Letterman's retirement, here are some of the best Red Sox-related Top 10 lists (and mentions on lists) from the past 15 years:

Feb. 19, 2015 (after Pablo Sandoval reports to his first Boston spring training looking a bit hefty around the middle) 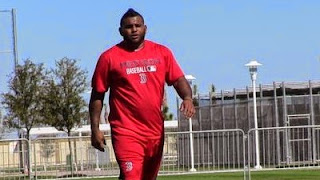 (Letterman joked that this list was "for Boston only; it's being blacked-out everywhere else.) 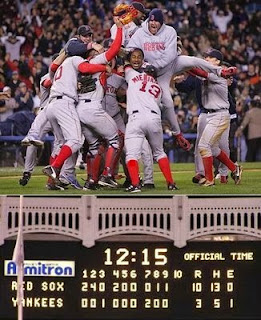 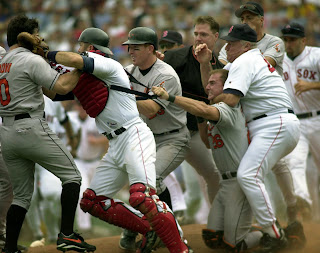 "The Boston Red Sox once again, in order to avoid that costly World Series parade, will have their customary second-half swoon."
(He was right)

July 10, 2002 (a week after Ted Williams' death and the news his son and younger daughter were freezing his body) 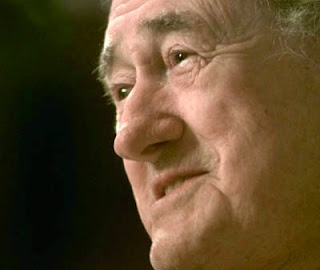 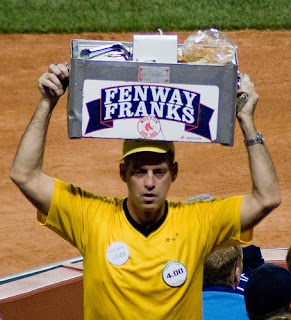 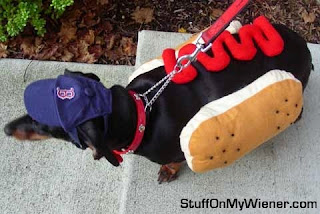 Posted by Saul Wisnia at 5:15 PM No comments: 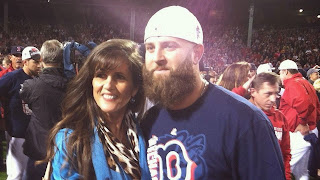 Red Sox manager John Farrell took one look at the numbers after yesterday's 6-3 win at Toronto and called GM Ben Cherington into his office. A few minutes later the pair emerged with an announcement for the assembled media before the trip to Oakland.

After Mike Napoli's 3-run homer in the first inning, just his third all season, Boston was making a roster move: Napoli's mother, Donna Torres, would he heading to California on the team charter and given a ticket to all seven games in Oakland and Seattle.

"Even with his sleep apnea issues fixed, Mike hasn't been hitting a lick this season," Farrell said of Napoli, whose average was at .165 entering Sunday. "Then his mom, shows up, and he homers his first time up. That woman is just what we need to get his bat back to where we know it can be."

With Torres on hand, Napoli was pumped again.

The statistics certainly seem to back up Farrell's confidence. Donna Torres has been on hand live for Mother's Day games in nine of the 10 seasons that her son has played in the big leagues, and Napoli has rewarded her loyalty by going 14-for-33 with three homers and four doubles on those occasions. He's 5-for-10 with two doubles and two homers in his three Mom's Day contests with the Red Sox.

"Mom is better than any rabbit's foot or lucky underwear you can find," said Napoli. "John and Ben figure if we have her in the stands all the time, maybe I'll hit like it's Mother's Day every day."

If the Red Sox expect to get back in the AL East pennant race, they will have to hope that Torres can work her magic. 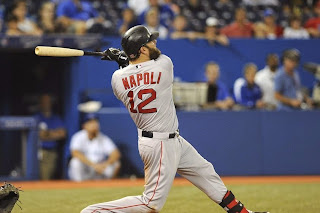