Some final thoughts on El Tiante 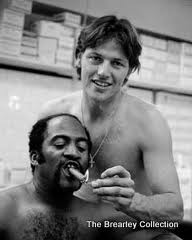 By now I'm sure you all know that despite my best efforts to drum up some last-week publicity with a "Turn Out for Tiant" event at Jerry Remy's, the most popular Boston pitcher of the last half century not named Clemens or Martinez was once again left on the outside looking in after Monday's Hall of Fame voting by a 16-member Veteran's Committee.

I already went through the many reasons Tiant deserved to get a Cooperstown nod in a separate column on Bleacher-Report.com (http://bleacherreport.com/articles/960620-why-red-sox-hero-luis-tiant-should-get-in-the-hall-of-fame-today) so I won't list them again here. Suffice it to say that LOO-EE not only had numbers that matched up quite favorably with previous inductees like Catfish Hunter and Jim Bunning, he also routinely displayed the type of late-season, pennant race dominance that is the true sign of a great hurler. 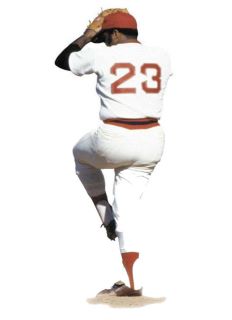 The results of the voting were what really got me down -- and got me thinking. Cubs third baseman Ron Santo received 15 votes out of 16 cast, making him the only player to earn the 12 needed for enshrinement. This was OK, I always was in Santo's corner, but the fact that Jim Kaat was the only other nominee to crack 10 votes, and that several men including Tiant had received less than three, was especially disheartening. I wondered how anybody who looked at the numbers and actually saw Tiant play could consider him unworthy, and then I realized something:

Sometimes greatness is measured in how a person handles disappointment.

Santo was the perfect example here. For decades he came up short in voting, but he always maintained his love for the game and the Cubs. He had bigger things to worry about than the Hall of Fame, namely his rapidly deteriorating health, and while he was very open in saying he felt he deserved the honor, he didn't let his failure to attain it define him. 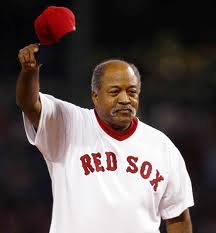 From what I've observed from afar and in my brief dealings with him, I believe Tiant is another man with more on his mind than Cooperstown. Here was a guy who was separated from his father for 15 years, his mother for eight, and his extended family for nearly a half century after his abrupt departure from Castro's Cuba. He overcame injuries and a mid-career spiral to bounce back and become one of the most beloved and successful pitchers of the 1970s, and he has spent the 30 years since his playing days teaching others the game.

Tiant has done his part for charity with his "Swing for Diabetes" golf tournament and other endeavors, and is always willing to sit and chat with a fan no matter what his or her age. Like Red Auerbach, he is so engaging and enticing that you don't even mind having to sometimes deal with cigar smoke to get close to him. He's also a devoted family man and a doting father and grandfather.

The Veteran's Committee saw Tiant pitch a lot more often and closely than I did. They didn't believe he was quite up to Cooperstown material, and they are the experts. But in the game of life, in which we are ultimately judged by what we do and how we treat others, his plaque is assured.