Now what? Three moves the Red Sox should make 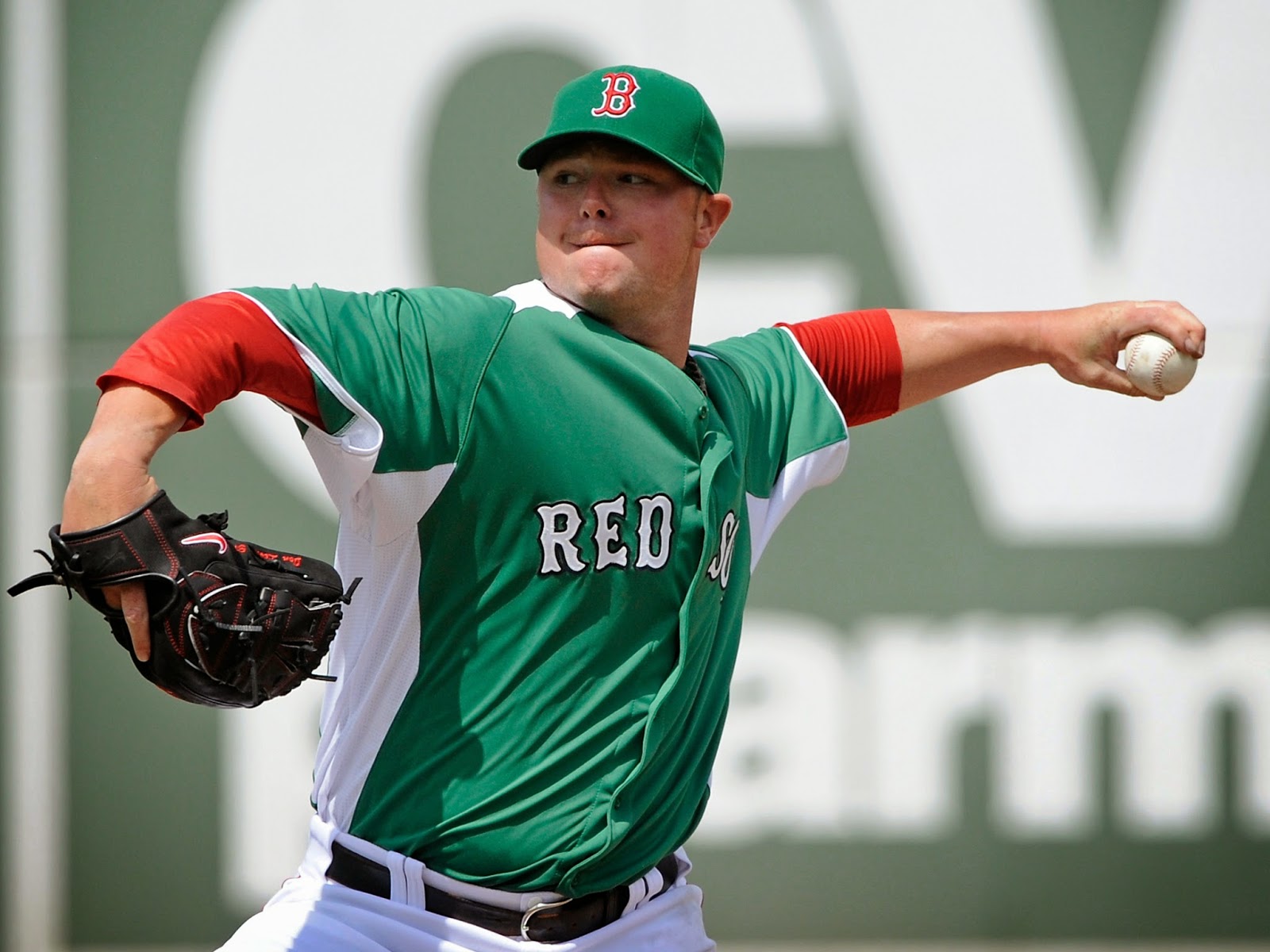 It happened again. Just when it appeared the Red Sox were over the hump and about to go on a tear, they had another setback last night in Minnesota. Although they showed some life coming back from an early 5-1 deficit, they couldn't finish the job and are once again a perfectly mediocre .500.

The magic of 2013 has been missing all year, along with the mojo for winning that made last season so special. How can the Sox get it back? Here are three sure-fire ways:

Sign Jon Lester now
Remember the infusion of positive vibes that accompanied Dustin Pedroia's inking an eight-year contract extension last July? The Red Sox should do the same thing with their indisputable ace pitcher before it's too late. 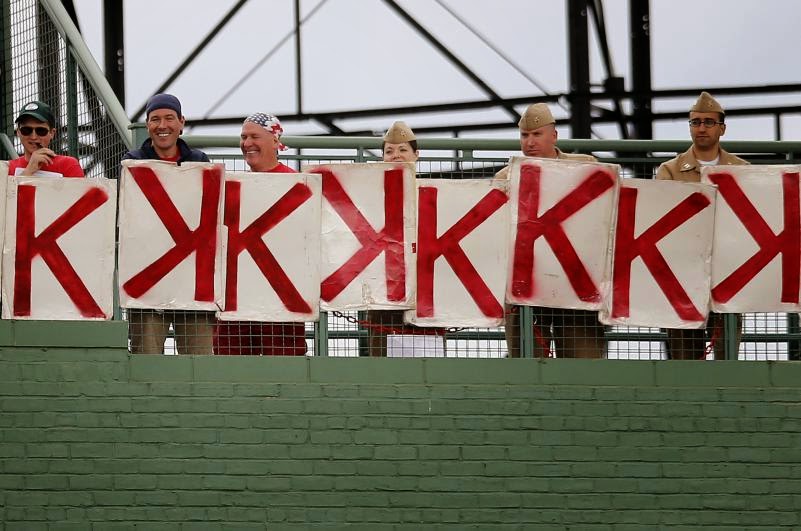 Lester is the darling of the K Men these days.

In Jon Lester, the Red Sox have a horse, a 21st century version of Roger Clemens. He's not going to annually pitch 250 innings a year like Clemens -- nobody does that anymore -- but 200 has become the new 250 and Lester nails that mark each year. Throwing out 20-win seasons, which has been outed as a non-relevant stat, Lester is one of the best left-handed pitchers in the game and in the upper echelon of MLB pitchers period.

He is also in the last year of his contract, and is pitching better than ever at age 30. Given his body type and his track record of good arm health -- his early-career cancer bout should not be factored in here -- there is every reason to believe Big Jon can pitch effectively into his late 30s. Certainly nobody questions his toughness; in that regard, he is the anti-Clay Buchholz.

Much was made of Lester's comments about being willing to take a "hometown discount" and re-sign with Boston. Some may think he was blowing smoke, but this is not a guy who tends to speak off the cuff. I believe he's sincere, and if John Henry and Co. offer a reasonable long-term deal -- their first savoy was clearly not meant to be taken seriously -- Lester will sign. Why wouldn't he? He has proven to be a dominant postseason pitcher, and with the Red Sox he has a chance to reach the playoffs every year and add to his two World Series rings. 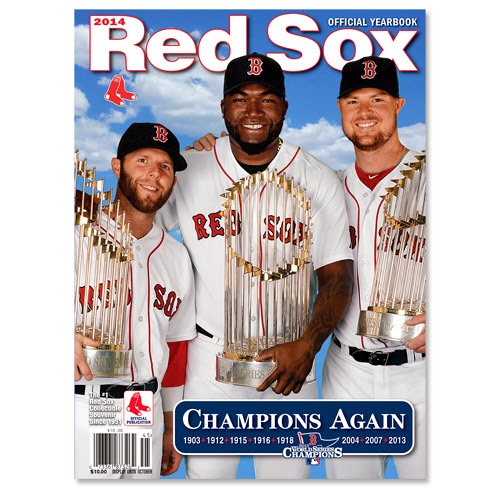 Keep this crew together.

Sign Lester now, and don't take a chance on his going elsewhere after the season as a point of pride. Boston's rotation has one fragile Ming vase in Buchholz (who's actually pitching more like a tomato can this year), one reclamation project in John Lackey, and a couple boxes of chocolates in Jake Peavy and Felix Doubront. You never know what you're going to get; Exhibit A being Peavy's dreadful second inning last night.

There may be great pitching in the farm system, but nobody who is a proven big league ace. The Red Sox already have one of those, and they should do everything possible to keep him.


Bring up Betts
Boston is hitting a lackluster .246 as a team, 19th among 30 MLB clubs. What better way to give a jolt to their system then to give one of the hottest hitters in pro ball a shot at the big time? 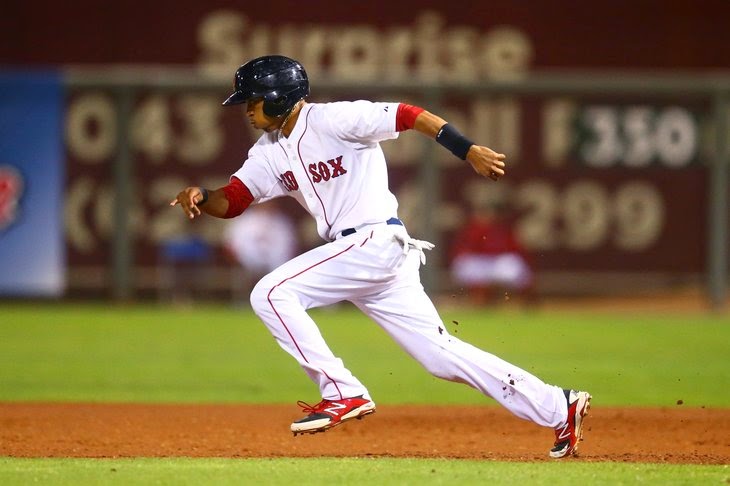 In addition to having a wonderful baseball name, Sox second base prospect Mookie Betts also has a wonderful average -- .399 at Double A Portland through last night. He has skyrocketed into a blue-chip prospect, and while there is no guarantee he is ready for the majors, the Red Sox would have nothing to lose calling him up for the upcoming homestand.

The Boston bench has provided little pop. Only Brock Holt is hitting above .184, and he's had just 23 at-bats. Perhaps Betts could keep up his blazing bat as a pinch-hitter, and as a strong glove man who has also played short in the minors, he could serve as a late-inning defensive replacement as well. Slumping rookie shortstop Xander Bogearts could use some days off.

Betts even steals bases, an art in which the current Red Sox are severely lacking in (see below). Give the kid a chance -- if he falters initially, he's got time on his side. He's just 21.


Bring back Johnny Damon -- as a base-stealing instructor
Much has been made of Boston's dismal base-stealing this year. While it was expected the Sox would see a major drop-off in thefts with the departure of Jacoby Ellsbury, the success rate of those left behind -- even normally efficient runners like Shane Victorino and Dustin Pedroia -- has been frighteningly bad. 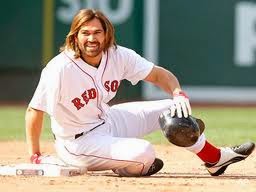 Damon knows how to get to second

The solution is not to give up stealing, as manager John Farrell suggests. Boston doesn't have the power-laden lineup of 2003-04 to make that a useful tactic. They still get on base as well as any team, they just don't move the guys along and score.

Why not bring back one of the best base-stealers of the last 25 years to help out?

Johnny Damon stole 408 bases in 511 attempts during his career, and had an excellent 79.84 percentage rate. Six times in seven seasons between 1999-2005, he had one of the best efficiency marks in baseball. There were faster guys in the game, but few had a better knack for getting into scoring position.

Damon is still just 40, and was actually looking to resume his playing career this winter if a team would give him a chance. There were no takers, but he'd probably love to don a Boston uniform as a coach rather than hang around the house. He's in great shape, so maybe he'll even get a chance to pinch-run.

How about on May 28, when the 2004 Red Sox reunite at Fenway Park? Talk about some serious mojo -- that would bring down the house.