Win the Triple Crown and not the MVP? Ted Williams did it– TWICE 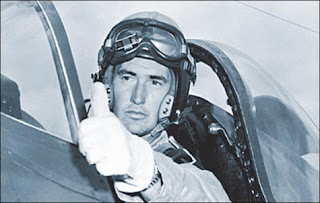 With the AL MVP Award announcement coming later today, talk has heated up about whether Miguel Cabrera or Mike Trout should take home the hardware. Tigers fans who believe the Triple Crown should cinch the honor for Cabrera shouldn't be so fast to celebrate.

Ted Williams, a Hall of Famer acknowledged by many as the greatest hitter who ever lived, twice led the American League in homers, runs batted in, and batting average during the same season -- and was runner-up in the MVP race both times.

It wasn't good enough. In a vote that shows even mid-20th century sportswriters didn't always choose the guy with the gaudiest "traditional" numbers, Williams was runner-up to Yankees second baseman Joe Gordon for MVP. 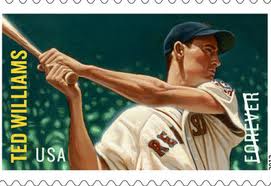 A future Hall of Famer in his own right, Gordon hit .318 with 18 homers and 103 RBI, and was strong if not spectacular in the field. New York did win its second straight AL pennant, but Gordon was far from a one-man gang with Joe DiMaggio and Charlie Keller preceding him in the Yankees lineup.

Some blamed the vote on Williams' sour relationship with the press, but the unfairly lofty expectations fans and sportswriters had for Ted undoubtedly played a part. He hit .406 in 1941, after all, so .356 was considered quite a drop-off. (Ironically, Williams finished second in the MVP race to Joe DiMaggio in '41, when Joe D. put together his 56-game hitting streak.)

The Yankees finished first in '47, as in 1942, and as in '42 a New York player (Joe DiMaggio) took home the MVP with far more modest (.315, 20, 97) totals. Joe D. was certainly a superior defensive outfielder to Williams, and was clearly the leader of his team, but the vote still seems unfair then and now.

While legend long dictated (and Ted long thought) that a Boston sportswriter left Williams completely off his 10-man MVP ballot, this was actually not the case. As historian Glenn Stout later uncovered, Williams appeared on 23 of the 24 ballots, and it was a Midwestern writer who deemed him unworthy of his Top 10.

It's hard to imagine anyone thinking that 10 players had a better season than Williams in '47 or for that matter Cabrera this year. Just how many voters believe Mike Trout's overall performance as a hitter, fielder, and base runner makes him more valuable than a Triple Crown winner will be the key.

And if Cabrera is the runner-up? Well, then he should think about finishing just short of a Triple Crown next year. Williams did that in 1949 -- when he paced the AL in homers and RBI but finished behind George Kell in batting, .34291 to .34276 -- and it was good enough for his second MVP honor.