Should the Red Sox be shipping Papelbon back up to Boston? 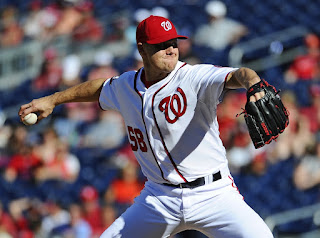 Worth the risk? You bet.

Forget about last year's flare-up with Bryce Harper. Forget the bloated ERA and declining speed on his fastball. Don't worry about the crotch-grabbing or the Trump stickers he may try and post around the clubhouse.

If Jonathan Papelbon wants to come to the Red Sox, Dave Dumbrowski should buy him a first-class ticket to Detroit and get him on a plane immediately.

Boston's starting pitching has excelled in August with an ERA around 2.50 for the month after David Price's fine rain-shortened effort in Baltimore last night. Going back to early July, it's still right around 3.25 -- a sample size of nearly 35 games. If Price and Drew Pomeranz can continue righting themselves, and Rick Porcello and Steven Wright remain rock solid, the rotation should be OK for the stretch drive. Should Wright's injury keep him down, or his knuckleball start staying up, Eduardo Rodriguez appears ready to take hold of the fifth spot. 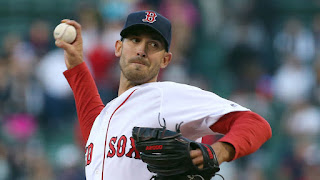 Starters are not the problem for Boston. It's what happens after they leave games that has kept baseball's most explosive offensive team from running away with the AL East.

The Red Sox relief corps has been shaky and battle-scarred all year. Starting with the loss of Carson Smith to Tommy John Surgery in April, and extending through injuries to Craig Kimbrel, Koji Uehara, Junichi Tazawa, and Brandon Workman, the bullpen has faced more casualties than Hawkeye and Trapper faced in Korea.

It's been a patchwork pen all season, made tougher by a slew of deer-in-the-headlights performances from middle-men, set-up men, and closers alike. There are no sure things in the Boston bullpen anymore, and this has kept the Sox from winning a majority of their close ballgames. 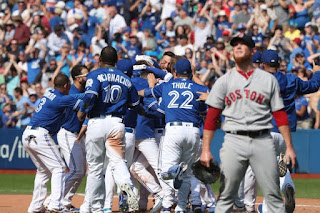 Seen too often: a Kimbrel crash.

So why throw another guy into the late-inning mix in Papelbon who many experts say is on the downslide and a threat to clubhouse chemistry? There are several reasons:

1. It's a cheap risk. Whichever team picks up Pap as a free agent will only have to pay him the major-league minimum for the balance of the season -- about $150,000.

2. John Farrell knows what makes him tick. The Red Sox manager was Papelbon's pitching coach in Boston in 2007-2010, when he was one of the best closers in the game despite a hothead personality. While it's true Pap no longer has an electric 95-97 MPH heater, he likely still has the mental toughness that enabled him to win on the biggest stage -- and for baseball's most demanding fans. In fact, Farrell admits he's talked to Pap about coming to Boston. 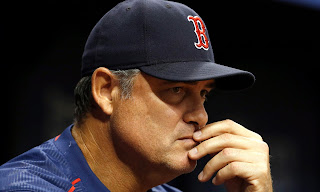 3. The stats are deceiving. Papelbon was pitching very well into late July, with a 2.56 ERA after his first 34 appearances. A handful of bad outings in the past two weeks blew it up, but Pap might have been already looking out the door at that point. If thrown into a pennant race,

4. He was great just last year. Papelbon's 2015 stats -- a 2.13 ERA and 1.026 WHIP in 59 appearances split between Philadelphia and Washington -- earned him an All-Star berth. Could be really have lost it that fast?

3. Even when slumping, he's better than some of the guys in the Boston bullpen. Who would you rather have in the 7th or 8th inning of a close game -- Fernando Abad or Jonathan Papelbon?

4. Pedroia and Ortiz won't let him hurt the clubhouse. Both these guys went to war with Papelbon in the old days, and as the elder statesmen on the club they can keep their old buddy in line.

5. He's been there before. With the exception of Uehara, Boston's prospective late-inning men and closers have zero deep postseason experience. Kimbrel, Brad Ziegler, and the others can learn plenty by picking Pap's brain. Nobody has ever been more lights-out over a longer period of time in Boston -- and that's knowledge worth having around.

5.  It's a Blue State. Even if he turns some on Yawkey Way toward Trump, Massachusetts is a Democratic stronghold.

So get this guy's ticket stamped, Dave -- this free agent may not be the Papelbon of 2007, but he's worth taking a shot on. 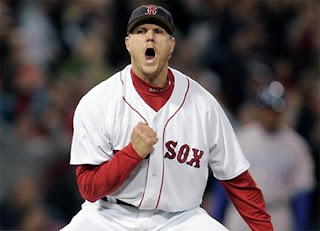