As 1967 team reunites, time is perfect for Red Sox to do right by Tony Conigliaro 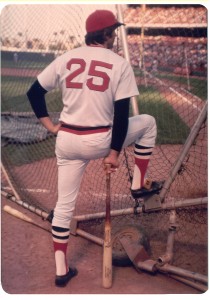 It was 50 years ago this Friday. Red Sox outfielder Tony Conigliaro lay crumpled at home plate, the victim of an errant pitch that struck him squarely on the face. As a hushed Fenway Park crowd watched on, teammates lifted him onto a stretcher and carried him off the field.

The hometown hero was just 22, blessed with a sweet right-handed stroke that had already made him the youngest American Leaguer ever to hit 100 home runs. Along with fellow All-Stars Carl Yastrzemski and Jim Lonborg, he was at the center of a Boston baseball revival that had risen a team of perennial losers from a decade in the doldrums to the thick of the 1967 pennant race. Tony C was as big a hero as it got in these parts.

And this week, as Yastrzemski, Lonborg, and other members of the "Impossible Dream" team return to Fenway and celebrate the 50th anniversary of their magical summer, the Red Sox organization should use the occasion to pay proper homage to their fallen teammate:

Spare the talk about how such honors should only go to the best of the best in team history. Those who saw him play -- players and fans alike -- are in agreement that were he not nearly fatally beaned that August night, Tony C. would have hit somewhere in the neighborhood of 500 homers playing half his games at Fenway Park. 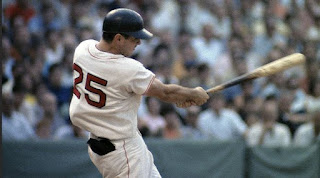 Conigliaro led the AL with 32 homers at age 20.

It was fate that denied him both that chance and the opportunity to play in the '67 World Series due to a cracked left cheekbone, dislocated jaw. and a damaged retina in his left eye. Doctors said he'd never play again. Yet Conigliaro had the guts to come back after 20 months and produce two more standout seasons with essentially no peripheral vision and a terrible blind spot in his bad eye.

Eventually the situation deteriorated to the point where he had to quit at age 26. A final comeback in 1975 produced many tears but too few hits, and a massive heart attack in 1982 left Conigliaro largely incapacitated and non-verbal. After eight excruciating years for he and his family, during which he never lived independently, he died at age 45 in 1990.

He didn't hit his 500 homers or make the Hall of Fame, but Tony C.'s legacy of courage and youthful glory is more than worthy of the highest honor the Red Sox can give.

"Here is a guy who literally gave his life for his hometown team," says Richard Johnson, curator of The Sports Museum and a leading authority on all things Boston baseball. "What could be more deserving of our respect than that?" 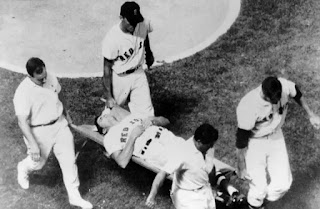 This topic has come up for discussion before. Steve Buckley of the Boston Herald has long beat the drum for Conigliaro, with occasional help from the Farrelly brothers, but while the team has widened its number-retirement ranks in recent years, Tony C. has not made the cut.

So why not now? This is likely the last time so many of Conigliaro's former Red Sox teammates will ever all be together again -- Yastrzemski, Lonborg, Mike Andrews, Reggie Smith, and the rest. Rico Petrocelli, the first guy to reach Tony C. when he went down like a shot at home plate, will be here too. 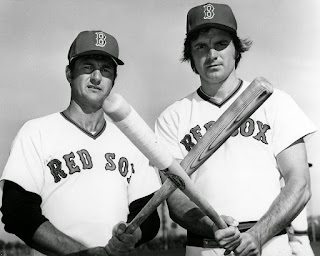 Yaz and other Tony C. teammates are here this week.

Tuesday and Wednesday's games fall during the WEEI/NESN Jimmy Fund Radio-Telethon, and Thursday is an off-day. So why not make Friday the night?

Fifty years to the day of what is likely the most tragic day in franchise history, the Red Sox could invite Mike Lowell (another great ballplayer to wear 25) to take off his jersey and hand it to Tony C's brother -- and onetime Red Sox outfield mate -- Billy Conigliaro. Tony's nieces and nephews could unveil his number in right field and Billy could throw out a ceremonial first pitch to his remaining brother, Richie.

Then Billy would give way to the current Boston team and its opponents for the night: the New York Yankees.

A pennant race under the biggest spotlight -- two things Tony C. relished but never got to enjoy enough. It may be short timing, but the Red Sox could still make it happen.

FOR DISCUSSION: Should the Red Sox retire Conigliaro's number -- and why? 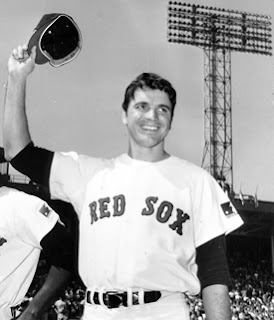