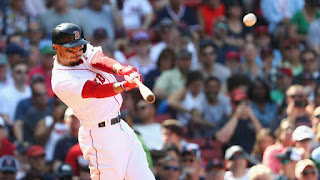 Mookie goes yard -- did you hear?

Tune into either of Boston's sports radio stations day or night, and chances are you'll hear someone discussing the concurrent playoff runs of the Bruins and Celtics. Unless, of course, they are analyzing the relative merits of the Patriots draft picks.

The Red Sox have the best record in the major leagues at 22-8, and leadoff man Mookie Betts had his second three-homer game of the young season yesterday. Betts now leads all of baseball in batting (.365), slugging (.823), OPS (a Williamesque 1.274),.and runs (32), and with his usual stellar defense in right field has his sights set on an MVP award.

But despite an uptick in the TV ratings aided by the team's white-hot start, Betts and the Red Sox are flying low under the radar as Boston's other three major pro sports teams demand our attention. 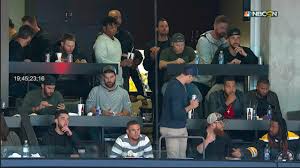 Even the Red Sox are watching the Bruins.

Owners John Henry would certainly enjoy more hype around Fenway in the early going, but first-year manager Alex Cora likely has no complaints. The lack of focus on his club is affording him the opportunity to grow into his job without the media and fan scrutiny that normally comes with the job.

Take Tuesday. The Sox made four errors and left nine men on base in a 7-6 loss to Kansas City that also featured a blown save by closer Craig Kimbrel, but all fans were talking and tweeting about were wins by the Celtics and Bruins in their respective semifinal series the day before. It was the same thing Wednesday after Betts' big day.

This won't last forever, of course. Eventually, the local hockey and basketball teams will end their postseason runs, and the Sox will be back to front-burner status. There will be plenty of platitudes for Betts if he keeps up his heroics and much hyper-analysis of Cora's decisions. But for now, Mookie and Alex will no doubt enjoy their relative obscurity on the Boston sports landscape. 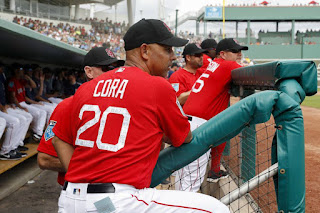