So Opening Day is Friday the 13th...What Could Happen? 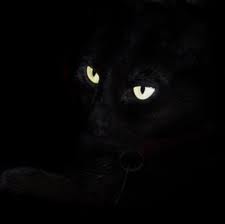 While trying to plan out book signings and other spring plans, I went on to redsox.com the other day and took my first look at the 2012 team schedule. Opting for the old-fashioned "printable" format with its familiar little white (away) and red (home) boxes, I learned that the Sox start the season in Detroit and Toronto and don't play their home opener until April 13 -- Friday, April 13.

I immediately laughed -- wondering how often (if ever) this has happened in team history and if there could be any worse time for such a bad omen. The collapse the 2011 Red Sox experienced in the final weeks of the season and the wings-and-beer headlines that followed were perhaps the most depressing period for Sox fans since Aaron Boone took Wakefield deep in 2003. Before that one has to go back to Bill Buckner (1986) and Bucky Dent (1978) for similar misery, and on impulse I did a quick check to see when Fenway opened in each of those four years. Maybe this was a trend I had missed. 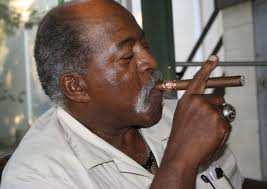 Nope. The Sox broke out the Fenway bunting on Friday, April 14 in both '78 and '86, and on Saturday, Aprl 12 in 2003 (all close but no El Tiante). In 2011 they got under way at home on the seemingly safe day of Friday, April 8, but perhaps the devils were laughing anyway: the winning pitcher over the Royals that afternoon -- in, lest we forget, the team's first victory of the year after an 0-6 start -- was none other than John Lackey. 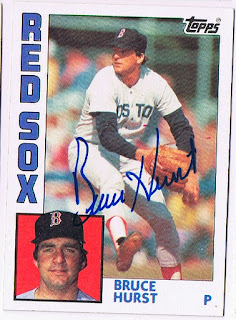 The next logical question is how many times the Red Sox have opened Fenway on Friday the 13th, and what has happened. Clearly the schedule-makers have previously done their best to avoid such a situation, because in the first 111 home openers in franchise history, it has happened exactly ONCE -- in 1984. Bruce Hurst allowed seven runs to the Tigers in the top of the first inning that day, and Detroit went on to a 13-9 victory in the first home game of the post-Yaz era. Ralph Houk's Sox went on to a respectable 86-76 campaign, but were never in the pennant hunt after Detroit's 35-5 start to the season. The Tigers went on to win the World Series, so perhaps the 13th was lucky for Sparky Anderson and Co.

OK, so now that we've established we're in rare territory here, what to make of it? Well, I thought it would be fun to contemplate what could happen when the Red Sox host the Rays on Friday, April 13, 2012 -- the kickoff to Fenway's 100th birthday season:

BOSTON, April 13 -- With just a week to go before Fenway Park celebrates its official 100th birthday, the Red Sox had better hope they can find a way to spread some good cheer before the big day. Today's news couldn't have been worse. 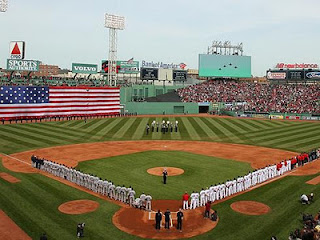 The 2:05 p.m. start to the game between the host Red Sox and Tampa Bay Rays was delayed two hours when bricks from part of Fenway's original foundation broke off early in the morning and fell to the ground in the concourse behind home plate. No fans were yet in the park, and no employees were injured, but the incident caused a near riot on Brookline Avenue as management kept crowds from entering Yawkey Way until the debris was cleared and the area safely sealed off.

Fans were finally settling into their seats when the next bombshells hit. Calvin Schiraldi, the 1986 World Series scapegoat welcomed back to Fenway as part of a "We Forgive You" campaign by Sox management, threw out the ceremonial first pitch and drilled catcher Jarrod Saltalamacchia in his unprotected kneecap, breaking it and forcing the Sox to start backup Kelly Shoppach in his place. Starting pitcher Jon Lester next took the mound, but didn't last through his warm-ups before a pain in his shoulder prompted manager Bobby Valentine to pull him as well. 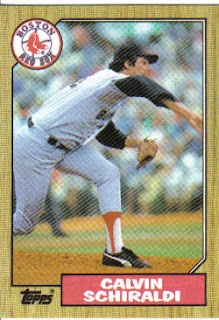 Not wanting to shake up his other front-line pitchers, Valentine left the game in the hands of fifth starter Alfredo Aceves. The Rays promptly broke out to a 3-0 lead in the first inning, with two of the runs scoring when Boston left fielder Carl Crawford -- while in pursuit of a fly ball -- tripped on a chicken bone thrown onto the field by a heckling fan. 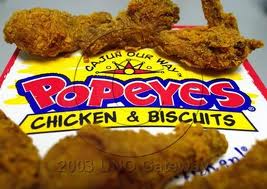 The Red Sox seemingly tied things up in the third inning on a three-run homer by David Ortiz off James Shields, but the runs were erased when Rays manager Joe Maddon appealed correctly that the slugger had batted out of order. Baserunners Crawford and  Jacoby Ellsbury were ordered back to their bases and Ortiz called out -- thus ending the inning. Valentine charged from the dugout to protest, and was ejected by umpire Ed Armbrister.

Aceves pitched admirably through the middle innings, but Shields held Boston scoreless before departing after eight innings with a 4-0 lead -- helped in part by four double-plays turned behind him. The Red Sox were happy to see him gone, and rallied in the bottom of the ninth off closer Kyle Farnsworth to load the bases with two outs. Crawford stepped to the plate, hoping to atone for his earlier "boner", and slammed a Farnsworth offering deep into center field. The ball rolled to the triangle as three runs scored, and Crawford appeared ready to tie the game on an inside-the-park homer. 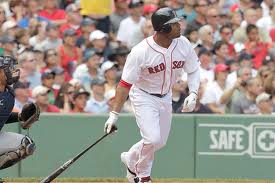 Then the inexplicable happened. A black cat, sneaked into the ballpark by Schiraldi, escaped from its carrier in the box seats behind home plate and ran onto the field. Spooked by the sight of the feline in his path, Crawford stumbled and fell halfway between third base and home. He quickly jumped up and continued running, but was easily tagged out at the plate by catcher Robinson Chirinos.

After the game, when asked why he had brought the cat to the game, Schiraldi offered a devilish grin and said, "Why, I take little Bucky Boone everywhere." 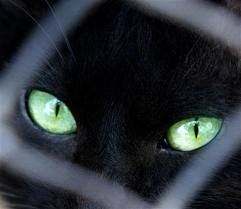 Posted by Saul Wisnia at 4:34 AM No comments: