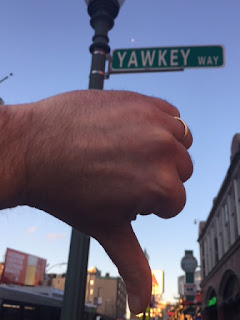 Jersey Street -- how is that better?

Judging from the on-air and online commentary, feelings are most definitely mixed on the Boston Public Improvement Commission's decision to rename Yawkey Way -- with far more negative sentiment than John Henry might have anticipated. I'm not going to pass judgment on Henry's reasoning for this move, because it's moot; Thursday's vote means the war is over, and Henry has won.

What baffles me is the lack of creative thinking on Henry's part. Faced with fans he had to know would view a name change as political correctness gone amok, the Red Sox owner missed the opportunity to push for the type of change that might win some skeptics over -- and generate additional positive buzz around the move. 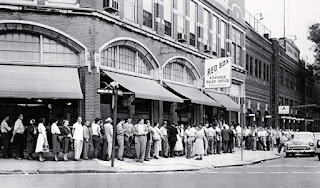 
Mail to Fenway arrived on Jersey Street when Jackie Robinson was told "don't call us, we'll call you" after his sham tryout in 1945, and it was where Boston manager (and sometimes GM) Mike "Pinky" Higgins reported for work when he vowed "They'll be no niggers on this club as long as I have anything to say about it." Under Yawkey's employ, he had his way longer than any other MLB boss. 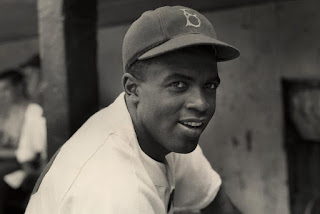 Don't get me wrong, I'm not saying everything about Jersey Street is bad. I'm sure lots of nice people have worked and lived on it. But if you're trying to bring about change, why not go all the way?

Here are five alternate street names that would have made for an upbeat ending to this saga -- and still could, if it's not too late for John Henry to get on the horn to the commission.

Bobby Doerr Boulevard: It's hard to think of a more universally respected or beloved Red Sox figure than Doerr, a Hall of Fame second baseman and coach with the club who died last November at age 99. Naming a street for him this year would be a wonderful way of honoring the memory of No. 1. Ted Williams Way:  Yup, I know this was tried before back in 1991. In fact, I was standing a few feet away on the Fenway grass, working as a young freelancer shortly after college, when Teddy Ballgame was handed the street sign that bore his name and would soon be affixed to what was previously known as Lansdowne Street. Things didn't go as planned; folks kept stealing the Ted Williams Way signs, and the name never took. There is probably a whole generation of kids under 25 who never knew this attempted change ever happened.

But this August marks the 100th anniversary of Williams' birth. What better time to try again to name a street for the greatest hitter in Red Sox history -- and a two-time war hero and champion of the Jimmy Fund to boot. In a 21st century, twitter-fed world, I bet it would stick this time. 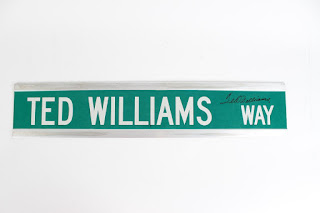 Jimmy Fund Drive: I admit being a bit bias on this one. I've worked for Dana-Farber Cancer Institute since 1999, focused largely on the great work of its Jimmy Fund charity. I have seen up close many, many times the important role the Red Sox play in making the lives of cancer patients happier -- and how their efforts each summer in the WEEI/NESN Jimmy Fund Radio-Telethon generate millions in critical funds needed for research and clinical care.

There is already a "Jimmy Fund Way" on Dana-Farber's main campus in the Longwood Medical Area, which Yaz and Mike Andrews dedicated in 1997 to honor the '67 Impossible Dream Red Sox. A Jimmy Fund Drive at Fenway would nobly honor the annual fundraising drives that the Sox make for New England's Favorite Charity. 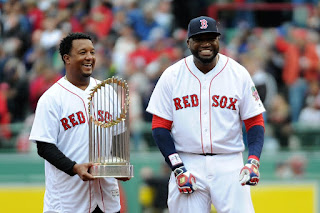 A bridge for Papi - how about a street for Pedro?

Pedro Place: Other Red Sox greats have statues, why not give the best pitcher in team history his own street? The fact Pedro Martinez is also a man of color known for doing many great works on behalf of his Dominican countrymen and others makes him a worthy and fitting symbol of change in the post-Yawkey era. Besides, how cool would it be to say you were going to meet your buddies at El Tiante's on Pedro Place?

Red Sox Way:  This isn't very creative, but it is straight and to the point. It would help folks find Fenway when lost, and would symbolize what John Henry is trying to create here -- a new Red Sox way of going about business.

If you're reading, Mr. Henry, my vote goes for Jimmy Fund Drive or Ted Williams Way -- just make sure those new street signs are bolted down tight. 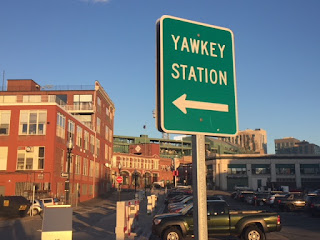