How I helped bring big-league baseball back to Washington 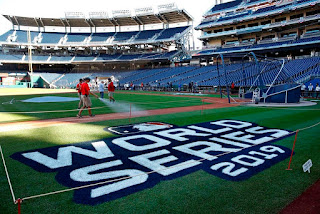 Nobody has seen this in DC in a while. (AP photo)

With the first World Series game in Washington, D.C., since 1933 just hours away, it's time to share the tale of the role I played in making it all happen.

The year was 1994. I was a young stringer at the Washington Post, working the Sports desk by day and covering minor league, college, and high school games on nights and weekends. Baseball was my favorite sport, but the closest big-league team, the Baltimore Orioles, was an hour away. The second incarnation of the Washington Senators had left town for Texas more than 20 years before, and summers in DC were spent waiting for football season to start.

Then one day the phone rang in the Sports department (yup, people really called the Sports desk in that Jurassic era). It was an Orioles fan, irate that the team's D.C. ticket office had closed. I didn't know there was such a place, and asked him where it was; it turns out it was only a few blocks from the Post's 15th and L offices. 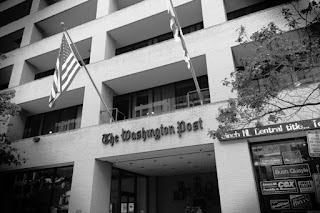 During my lunch break, I walked over and checked it out. Sure enough, there were was a CLOSED sign on the door of an otherwise nondescript storefront on 17th and L, with posters of Cal Ripken and Brady Anderson in the window. Before online ticket brokers got heavy into the market, most folks got tickets the old-fashioned way -- at the ballpark or at an office like this one.

Now DC residents no longer had the latter option. A few angry fans milled around out front; a real mini-mutiny.

I wrote a story about the incident that was one of my rare front-page-of-the-Sports-section articles, and the result was a stream of phone calls into the Sports desk complaining about the closing.

They must have called the Orioles PR office too, because the store was quickly reopened. Staff writer and Orioles beat man Mark Maske got to write the follow-up story, but I didn't mind. It was cool enough that my reporting had helped spark action. Even Orioles owner Peter Angelos got involved. 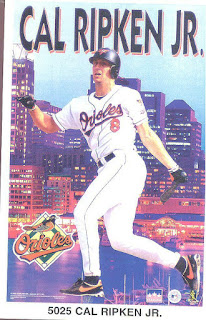 The incident proved what I already knew from covering the minor leagues for the Post; Washington was a football town, but there was still plenty of baseball fans in DC hungry for a big-league club. They were willing to drive an hour to Baltimore to see one, and helped fill several minor-league ballparks in Maryland and Virginia as well.

When the Redskins went from a perennial contender to an awful club in the mid-1990s, and the basketball Bullets and hockey Capitols were stumbling along at mediocre or worse, the yearning in DC for a winning team in ANY sport was high. During the MLB strike of '94, my minor league coverage briefly took over large portions of the Sports section when Baltimore's Class AA Bowie Baysox club made the Eastern Division playoffs. It was the closest thing to big-time baseball in either DC or Baltimore that summer. 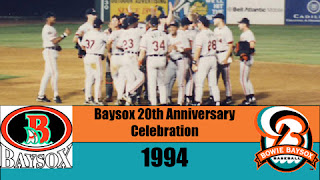 A little over a decade later, long after I had returned to my native Boston, Washingtonians finally got their own baseball team when the Expos relocated from Montreal as the Nationals. The Redskins still stunk, and slowly DC brought back the fans it had lost to the Orioles in previous decades.

Now, it appears, that transformation is complete. And when the first pitch is thrown tonight, I'll be watching with a little bit of pride.

After all, I helped show Washington could be a baseball town.