Record snows have brought seasons of woe for Red Sox 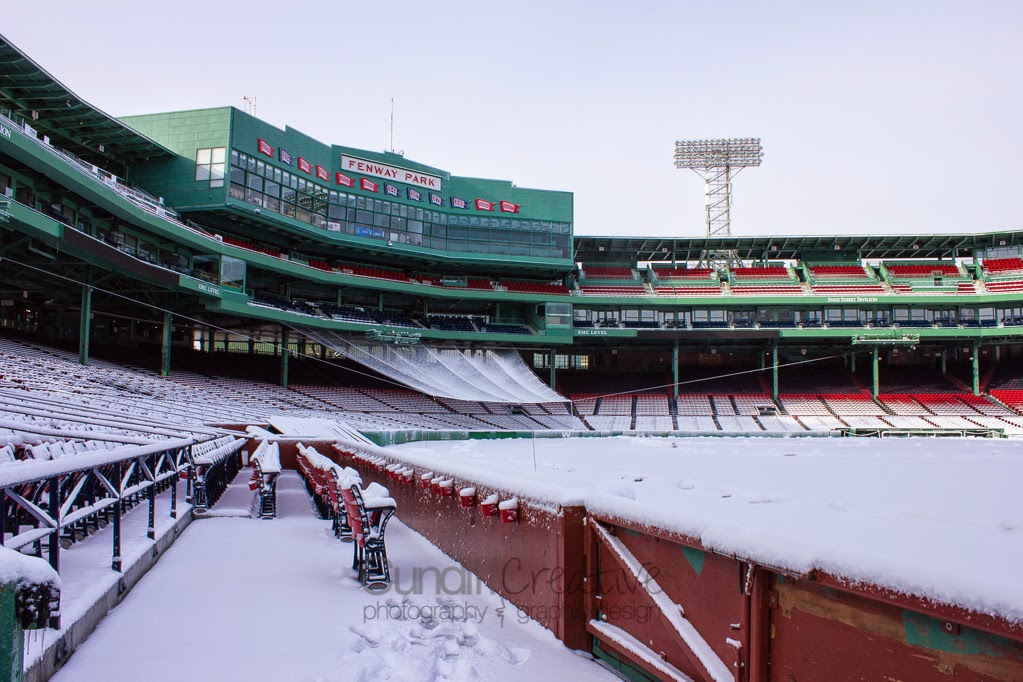 Will it be another cold October?

Ask any Red Sox fan who remembers Jim Rice 3-D Kelloggs cards to name the most excruciating seasons in team history, and chances are two years will immediately come to mind: 1978 and 2003.

Sure, 1986 was pretty bad too, but that was against the Mets. These things always hurt worse when the Yankees are involved, and in '78 (Bucky Bleeping Dent) and '03 (Aaron Bleeping Boone) that was most definitely the case.

When the list of record Boston snow falls began popping up on TV and computer screens a few days ago, I couldn't help but notice the top two slots were occupied by storms that took place in those same cringe-inducing years. 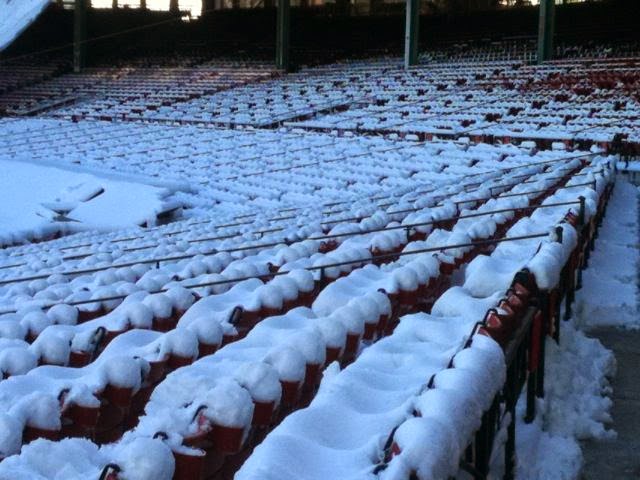 Occupying the top spot is the President's Day weekend storm of Feb. 17 and 18, 2003, when 27. 6 inches hit the Hub over two days. It was a biggie, sure, but with the web warnings we all received for days and the mega-machinery in place to clean it up, it was not crippling for long.

Number two is the 27.1-inch storm which for many New Englanders who remember it will always be the pre-Internet blast against which all others pale by comparison: The Blizzard of '78. 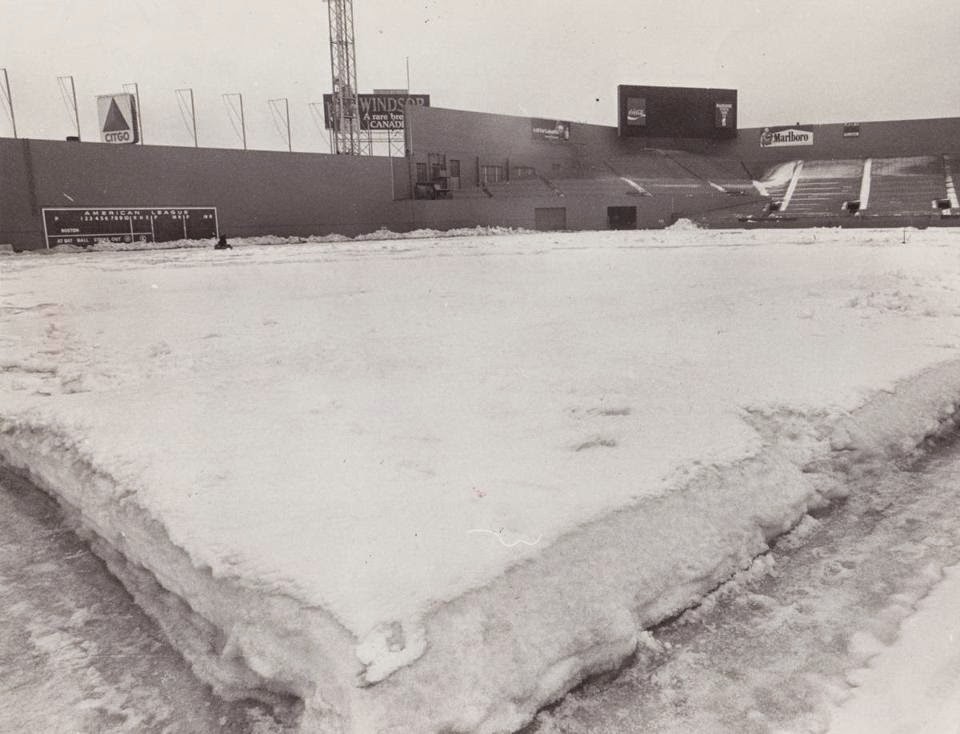 Computer satellite forecasting was in its Good Morning America infancy, and most of us (or our parents) were at school or work when this mid-day Monday storm hit on Feb. 6, 1978. Many commuters who tried to get home were left stranded in their cars on Route 128, and kids had two weeks off to play in the streets. 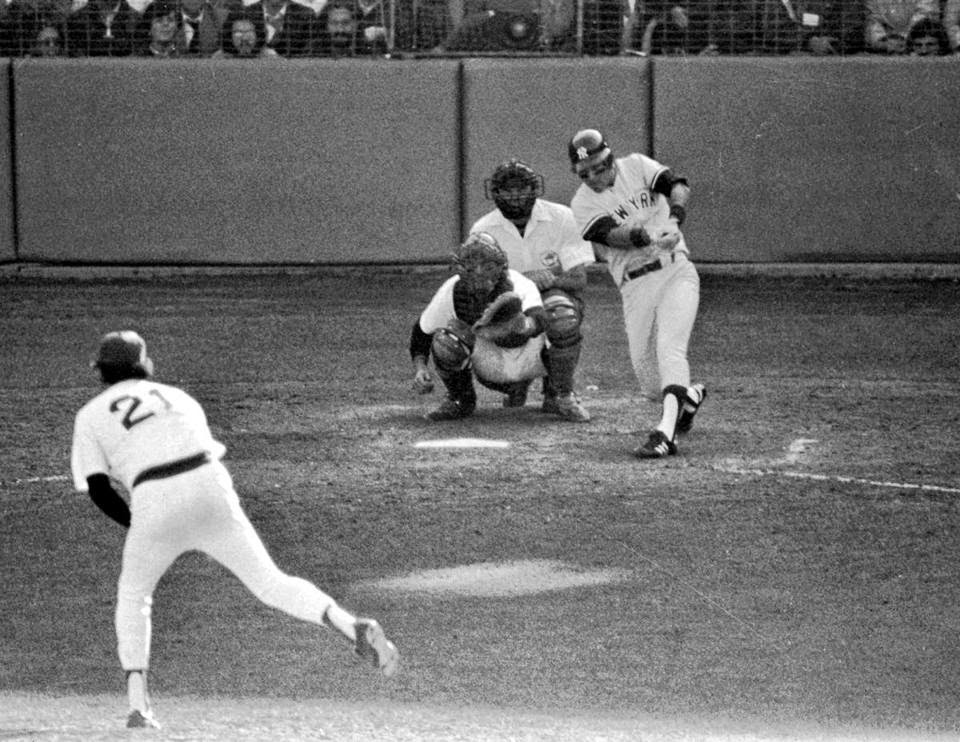 In a way, the reaction to the two storms was similar to how Red Sox fans got through the events of those same years. The bitter taste of 1978 took years to get over; it was really not until the April night in 1986 when a young Texan mowed down 20 Mariners that folks at Fenway could smile again.

The events of 2003, in contrast, were quickly forgotten. Within days of Boone's home run Grady Little was out and the Red Sox were in search of a manager and reinforcements to make another push at the Yankees in '04. Soon Terry Francona, Curt Schilling, and Keith Foulke were in the fold and hopes were high again. 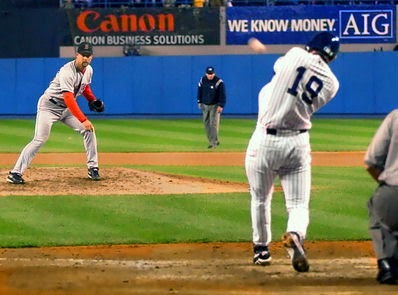 Lest fans be too worried that another dismal year is in store with a mega snowfall, they can always look at the fifth-biggest storm of all time for solace.

That October turned out pretty OK. 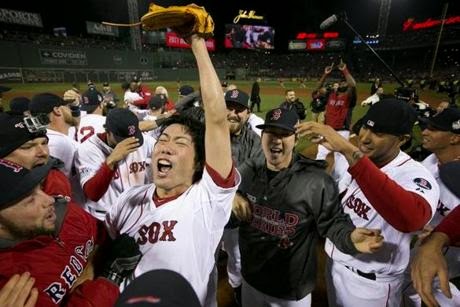 Posted by Saul Wisnia at 3:17 PM No comments: 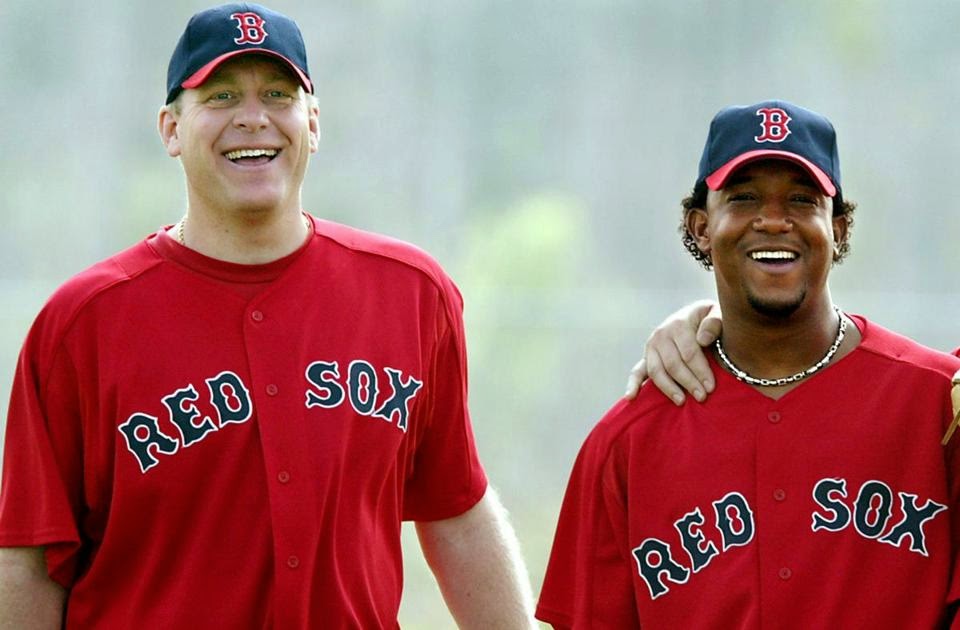 Pedro Martinez and Randy Johnson were worthy Hall of Fame selections today, each receiving more than 98 percent of the vote, but the man who sparkled alongside each of them on World Series champions got only 39.2 percent -- nowhere near the 75 percent needed for inclusion.

This marked the third year since he became eligible that Curt Schilling has finished well back of the pack, and it has me perplexed. By no means am I implying Schilling is in Johnson or Martinez's class as a pitcher; Johnson is in the pantheon of Tom Seaver and Lefty Grove among all-time greats, while Martinez is the Sandy Koufax of his generation based on his incredible stretch of mid-career domination. At his best, there was none better than Pedro -- maybe ever.

Still, there are many reasons that the man who made bloody socks famous also deserves Cooperstown inclusion -- especially when one considers the third pitcher who received first-ballot entry this year with 82.5 percent of the vote -- John Smoltz -- is in many ways Schilling's statistical near-twin.

1. Schilling was a top-of-the-rotation starter on three different teams that reached the World Series -- and a three-time champion. 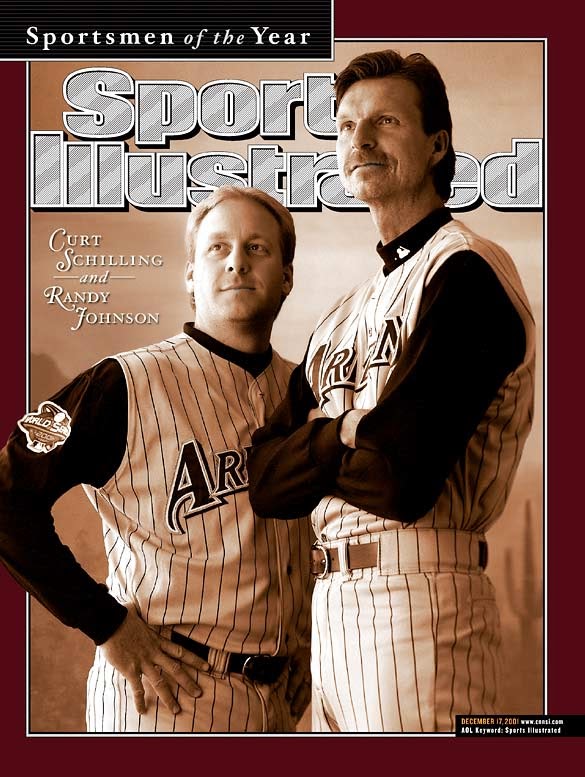 Schill matched the Big Unit in '01.

This is an impressive and very rare trifecta. Schilling went 16-7 in leading the 1993 Phillies to the cusp of a title before Mitch "Wild Thing" Williams imploded against the Blue Jays. In 2001 he was 22-6 and teamed with Diamondbacks "co-ace" Johnson to keep the mighty Yankees from a four-peat, and in 2004 he was 21-6 and clearly the best pitcher (sorry Pedro) on the Red Sox team that finally got it done.

Throw in his solid 15-7 mark in playing second fiddle to Josh Beckett on the '07 Red Sox title-winners, and it's clear this is a guy who not only knew how to win, but how to help teams win.

2. His postseason record is among the best ever -- and he did it over the long haul. 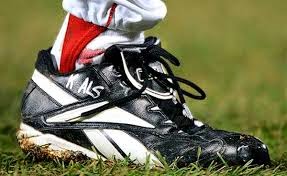 Schilling was bloody good in the postseason.

Schilling has few peers here. He made the playoffs five times, reached the World Series on four occasions, and overall made 19 postseason starts. Over 133.1 innings he was 11-2 with four complete games, two shutouts, a 2.23 ERA, and 0.96 WHIP. He went deep into games on almost every occasion, and shined bright on the biggest stage -- compiling a 2.06 ERA and 0.896 WHIP in 48 World Series innings. In 2001, he and Johnson shared Series MVP honors.

Among all-time postseason leaders, Schilling ranks third in winning percentage (.846), fifth in wins, eighth in both starts and strikeouts (120), and ninth in innings pitched. That's dominance.

3. His regular season stats compare very favorably to others in the Hall of Fame -- including today's first-year inductee Smoltz. 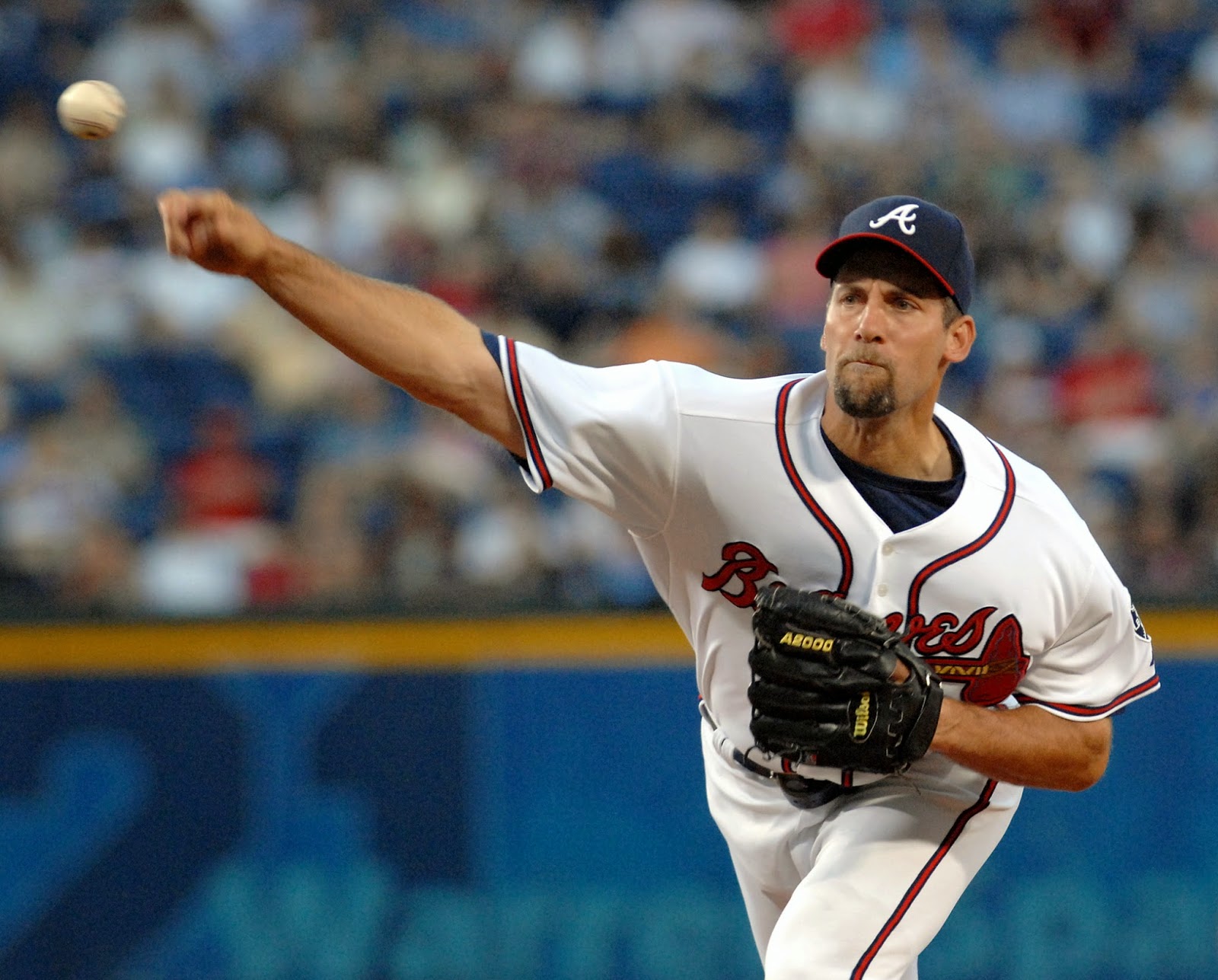 Better than Curt? Only in relief.

Check out Smoltz's stats as a starter. Sure, he's one of only two guys with 200 wins and 150 saves, but that's like saying Joe Torre is the only guy to hit 250 home runs and win multiple World Series as a manager. Smoltz was an All-Star caliber closer for three years, and that's hardly enough of a sample size to warrant Hall of Fame selection. Throw out his 154 saves, and Smoltz and Schilling have VERY similar numbers:

I'm nor saying Smoltz is not a Hall of Famer, but why is he a first-ballot slam-dunk while Schilling is still on the way outside looking in? Are a couple Rolaids Relief Awards worth more to a candidate's credentials than a couple World Series rings? How about the fact one guy is perceived as a low-key gentleman and the other as a bit of a blowhard? Should that matter? 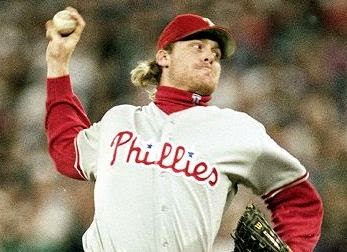 Schill as a Phil -- quite the thrill.

Now let's look at another first-ballot guy with Schilling-like stats and multiple world championships -- Catfish Hunter. He won five rings, three with Oakland and two with New York, but his sore arm kept him under 150 innings for the Yankees in '77 and '78. He's clearly in Cooperstown for what he did from 1967-76, and that's fine, but what he did in that stretch and over his career was pretty comparable to Schilling, and he did it in an era dominated by pitching:

Again, Hunter was a lovable guy, but was he really that much better than Schilling? Remember, he was winning 20 games a year when that was far more commonplace; he finished in his league's Top 5 in wins five times, just once more than Schilling (both led their league twice). He also played on two of the most dominant teams of the last 40 years -- the 1971-75 Athletics and the 1976-78 Yankees. 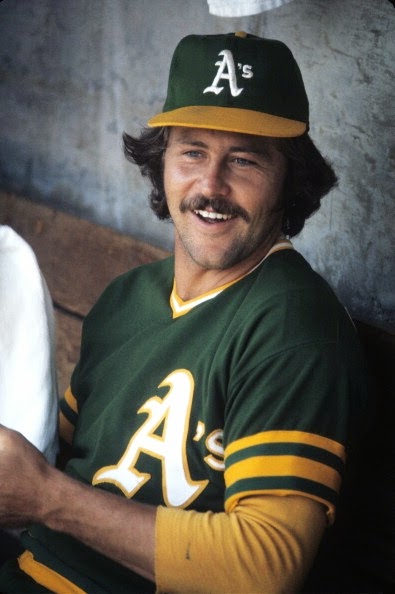 The Cat -- better than Curt?

Taking into account that wins on their own often don't measure the full strength of a pitcher, let's take a look at wins above replacement (WAR) -- a measure of how much better or worse a team does with a player compared to the league average performer at the same position (with factors like ballparks also taken into account). The higher the WAR, the more valuable the pitcher. Here's the WAR breakdown for Schilling, Smoltz, and Hunter:

Try the same thing with Hall of Fame members Don Drysdale and Jim Bunning, and you'll see Schilling compares very favorably to them both in wins, WAR, and postseason performance (Bunning never even pitched in the playoffs). Granted, Drysdale and Bunning are from a different era, but even taking that into account the numbers stack up quite evenly. 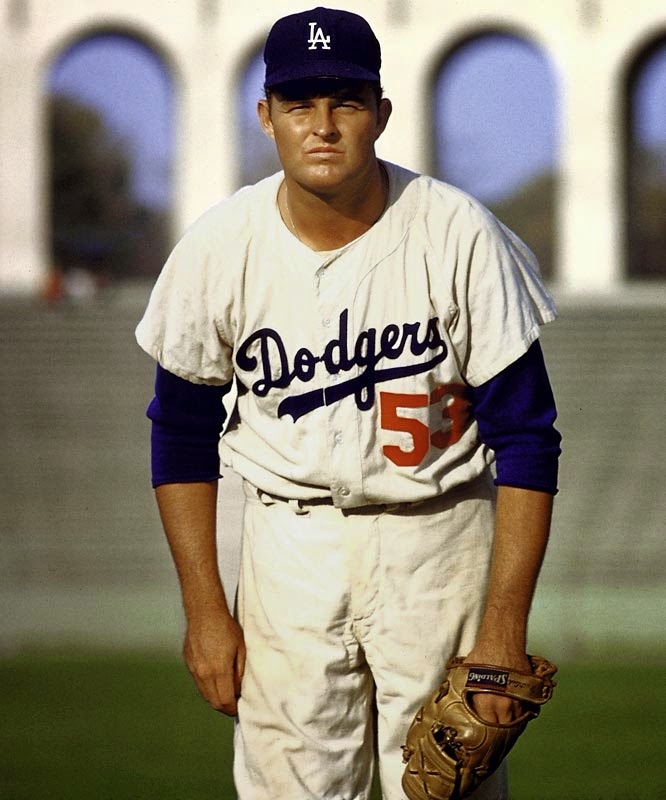 Drysdale -- another in Schilling's class.

Not all sportswriters were Schilling fans, but they clearly respected him when it came to accolades. He never won a Cy Young Award like Smoltz or Hunter, but he finished second in the voting three times (twice to Johnson) and overall had far more Cy Young votes than Smoltz and only a few less than Hunter. In fact, Schilling had more Cy votes than all but 20 pitchers in history (and only one non-winner, Adam Wainwright, is in the Top 20).

That's what makes the current situation so confusing. Hall of Fame voters may not like Schilling's politics. They may not be fans of his business acumen (especially if they live in Rhode Island). They may even think he talks too much. But when it comes to their Hall of Fame votes, it seems they should be able to put that aside and judge the man solely by his numbers and success.

If they do, they will see it is clear that he belongs in Cooperstown.

One of these doesn't belong -- but he should.