As Red Sox struggle vs. Orioles, fans in Boston demand refund for Sunday comeback vs. A's 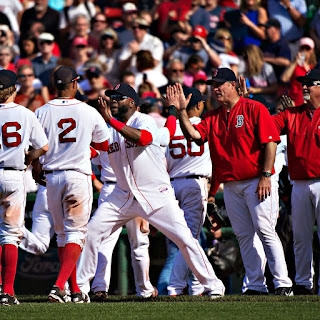 Fans who missed this are crying foul.

While the Red Sox continue to seek answers for an offensive malaise that has dropped them to the bottom of the American League East, irate fans back home are jamming the ticket office on Yawkey Way demanding a refund for ducats purchased for last Sunday's game against Oakland.

Boston, you may recall, stormed back in the eighth inning of that contest with 8 hits and 7 runs -- turning a 4-0 deficit into a 7-4 wn over the A's in its most exciting victory of the season. But many fans had already left Fenway Park after the seventh, assured that the punchless Sox would continue their incredible string of non-comebacks.

After all, Boston was 1-27 when trailing after seven innings entering the June 7 game. Why was there any reason to believe that would change?

"I paid $72 for my ticket, and these guys couldn't hit their way out of a clam chowder cup the whole day," said one middle-aged man in a "Thanks Yaz" painter's cap who was among those waiting in line to complain. "I go next door and grab a beer at the Cask, and suddenly they go nuts. I want a ticket to see THAT team." 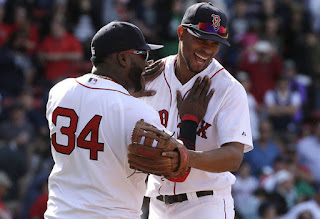 Hey Papi, where is everybody?

Management said it had not yet decided how to respond to the overwhelming number of refund requests, but said it is considering inviting fans who could prove they left before Sunday's offensive barrage to a "We're Sorry" party in the State Street Pavilion during an upcoming game.

"We feel their pain," said general manager Ben Cherington. "I know just what that guy means. We want to see THAT team too."

Despite adding big-money All-Star performers in Pablo Sandoval and Hanley Ramirez in the offseason, the Red Sox rank at or near the bottom of the American League in most offensive categories. Entering play Thursday, June 11, Boston's 27-33 was tied with Seattle for the second worst in the AL.

"Fans should hang in there," Cherington advised. "Remember, Rodriguez is pitching on Sunday. We probably won't need to score much in that game." 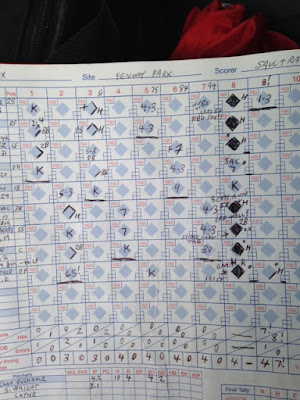 Posted by Saul Wisnia at 5:35 PM No comments: 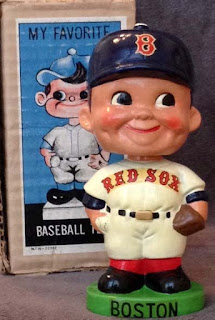 In honor of Mike Napoli Bobblehead Night, here are some other Red Sox past and present we'd like to see similarly honored -- with a bit of revisionist history at work: 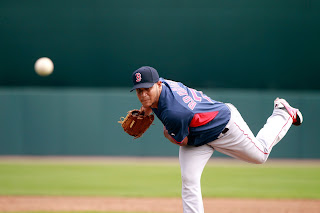 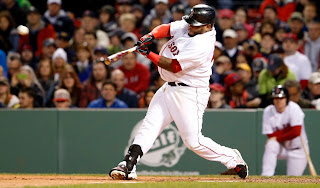 Hanley Ramirez making leaping catch against the Green Monster -- the ball snug in his glove. 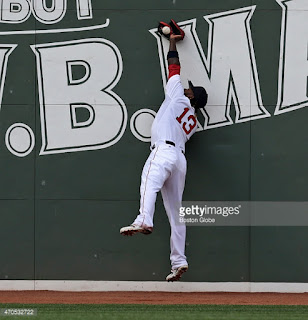 Nine mini-Brock Holts manning all nine spots on the diamond. 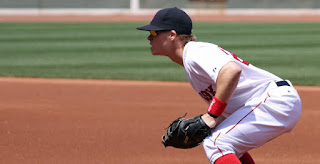 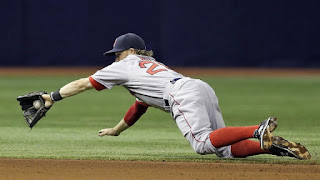 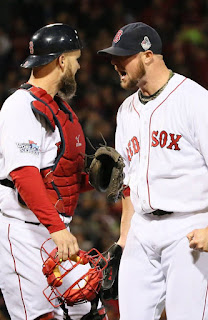 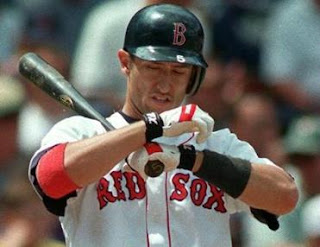 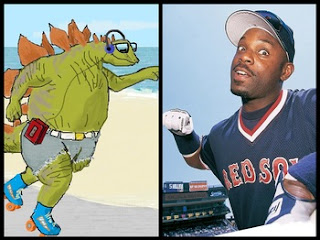 Wade Boggs pissing off Barney by drinking all the beer in Moe's Tavern. 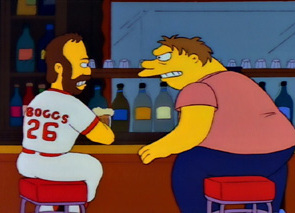 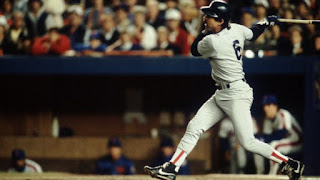 Carlton Fisk signing his new three-year contract after it arrives in the mail on Dec. 18, 1980. 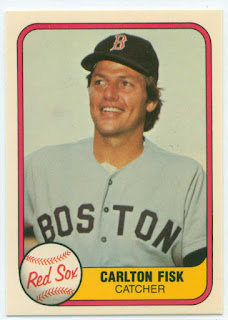 Don Zimmer and Bill Lee hugging after Lee shuts down the Yankees to save the 1978 AL Playoff. 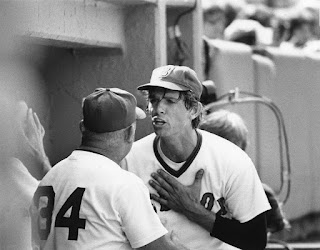 (This was taken a few innings before)

Bernie Carbo rounding the bases  after his third pinch-homer of the 1975 World Series clinches the championship for Boston. 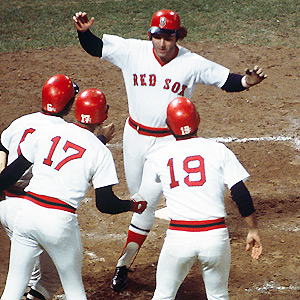 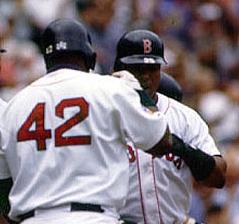 Babe Ruth on deck in 1927 World Series for Red Sox at Fenway Park -- Boston's fifth Fall Classic of the decade in "The House That Ruth Shook." 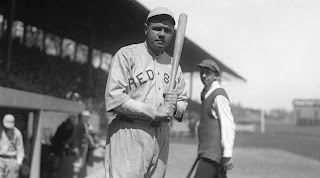