The 1975 Red Sox helped save baseball -- and my childhood

Forty years ago tonight the Red Sox and Reds played what is routinely cited as one of the greatest games in sports history. Filled with high drama and compelling characters, Game 6 of the 1975 World Series set TV viewership records and jump-started baseball's popularity -- which had waned with the rise of the NFL and Monday Night Football.

Some say Game 6 saved the National Pastime. It definitely helped save me.

I was in the stands at Fenway that cold October evening, and wish I remembered it better. It was well past an 8-year-old's bedtime, and most of my recollections of the evening revolve around the pregame -- when I joined the multitudes shouting "Looie! Looie!" into cardboard megaphones as we watched ace Luis Tiant warm up in the Boston bullpen -- and the climax -- lots of screaming, hugging, and organ playing after Carlton Fisk's shot to left field banged off the foul pole for a game-winning homer. 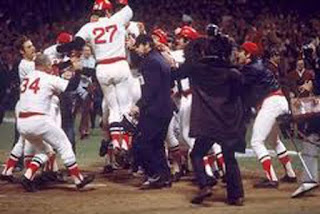 The 7-6 Red Sox win only temporarily staved off a Cincinnati celebration the next night in Game 7 , but the feats of Pudge, El Tiante, and their teammates during that season and beyond had a lasting impact on me -- providing a way to survive and then escape from the darkest force of my childhood.

Before '75, the Red Sox were not on my radar screen. My big brother Adam played in the Newton Central Little League, and I went to his games, but my father was an MIT-educated engineer who liked to joke that he "wasn't created with a sports gene." Dad could build or fix anything but looked like Felix Unger when throwing a ball.

Baseball was never on the radio or the TV, and I connected with my father by building plastic model cars in his basement workshop. I'm not sure I even knew who Carlton Fisk was then, but I could tell any two Ford Thunderbirds apart by studying the taillights of my AMI replicas. At the time that was good enough. 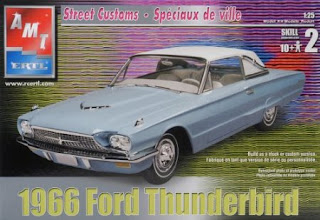 Pre-Sox stats: A full-length taillight on the '66.

Then, on Friday the 13th of January, 1975, my parents sat me and Adam down on his bed to tell us they were splitting up after 13 years of marriage. My mother claims I said something mature like "Well, if you don't get along well together, at least this way you can stay friends," but at age 7 I certainly couldn't grasp the seriousness of what was going on.

Dad moved the next day from our house in leafy Newton to an apartment abutting Routh 95 in Burlington, where the three of us hanged out every weekend watching late-night TV and eating burgers and creamed corn. Adam and I slept head-to-toe on a living room couch, like Richie's big brother Chuck and his college roommates on "Happy Days."

For Adam, then nearly 11, it must have been scary and sad to see our father starting his life over. For me it felt like an adventure. 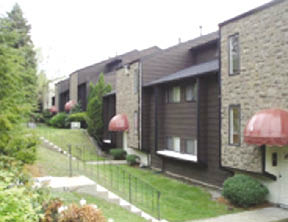 We didn't listen or watch baseball at "dad's house," but by the time the Red Sox clinched the American League East that September the games started appearing on the big Zenith in our den. Mom had a boyfriend, and he had plenty of sports genes.

Jack was big and strong, a jock-turned-lawyer and a rabid Sox fan. He had the games on no matter what he was doing; he even had a huge set of headphones with a built-in radio that he wore while mowing the lawn. I still made Rydell models in the shop, but Jack never went down there. To connect with the new man in the house, I had to watch the games too.

While my own baseball skills were and remained mediocre at best, I found I had a natural affinity for understanding the game and its history. Jack, who had played in high school and beyond, explained some of the finer points, and I began listening to the Sox on my clock radio as I fell asleep and then poring through boxscores in the next morning's Globe. Tiant, Fisk, Rice, Lynn, Yastrzemski -- these heroes provided the language I figured would win Jack over.

"Hey, Looie got the win last night," I'd say to Jack as we passed heading to and from the bathroom, and I'd feel, briefly, like his equal. 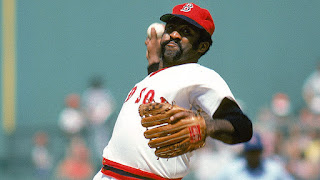 When Luis was winning, life was easier.

Dad briefly took over as the baseball man in the family that October, when a friend of a friend hooked him up with tickets to all four home games in the Red Sox-Reds World Series. These were, I believe, my first visits to Fenway Park, but it was not the start of a trend; once the series and season were over we rarely went back.

A clear dichotomy formed in the years that followed. Weekends at dad's house from spring through early fall were fun-filled with mini-bikes and James Bond movies and burgers, while the weekdays back in Newton were for baseball. Dad married his girlfriend Judy, who was and is a great stepmom but also lacks a sports gene. Mom married Jack, assuring that the Red Sox would always be on at her house. 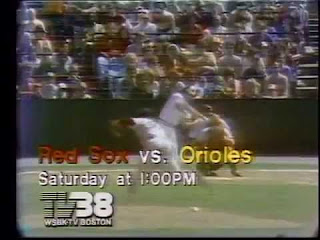 Hoping for the best, fearing the worst.

As I got older and began to understand a little how the real world worked, I learned one had to be careful when watching and listening to games with Jack.

If the Red Sox were winning, he smiled and laughed and was your buddy; if they were losing the smile disappeared and he filled up his big glass from the liquor cabinet more often. He never took me and Adam to games or even played catch with us -- those honors were reserved for his own son -- so this hit-or-miss bonding was the best I was going to get.

Sprawled out on the shag carpet in front of the TV, with Jack in the dark leather recliner behind me, I prayed for wins. After Bucky Dent in '78 and the dismantling of the club that soon followed, the drunk, angry moods became more common. It wasn't just the slumping Sox, I learned later; Jack's once flourishing law career was also on a downward trend.

Time for another drink.

It was best just to stay away, and I found I could momentarily forget about him and the scare he put into me by listening to Ken Coleman call the Sox games on WHDH -- "850 on your AM dial." If there was no game on, I could sing along to Jim Croche or Don MacLean albums with my mom. She made sure I felt loved, and when Jack was in one of his dark moods I guess I did the same for her.

By the early '80s, when Yastrzemski was winding down, I had given up any chance of bonding with the big guy across the hall. I still loved baseball, and began taking the Green Line from Boston College to Kenmore Square with friends in a rite of passage that allowed me to escape the tension at home by making a new home at Fenway. Occasionally dad got there with me -- one game he took me and 10 buddies to right after my Bar Mitzvah remains a great memory -- but the Red Sox were mostly "my" thing. That was fine.

Yaz retired in October 1983, but the last links to the '75 team, Dwight Evans and Jim Rice, were still going strong when I left for college a couple years later. The next summer I returned just as the Red Sox and young pitching phenom Roger Clemens were heating up.

It was the type of club that even Jack and I might have enjoyed together, but by this point Mom had finally endured enough. He was on the way out, and when he meekly offered me great tickets to a few games that August -- not to go with him, just free seats -- I politely refused. I'd rather grab a standing-room spot balanced atop the guardrails behind the last row of Section 25 with my friends than take his weak-ass handouts. 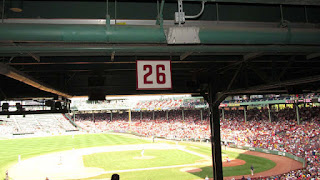 I have no idea where Jack is now; the last I heard about him, he had done some time in jail and been disbarred for stealing money from clients. I occasionally Google him but nothing comes up other than a few short stories and court documents describing his incarceration. I know people who know one of his other ex-wives, and a few calls would likely unearth his whereabouts. But I don't make them.

Mom found a guy worthy of her love -- and ours -- and they had a great decade together before he died of cancer. She and dad did indeed stay friendly and still get together with Adam and my families often. Ballgames are usually on in the background; Dad and Judy still have not developed sports genes, but they'll go to their grandkids' games.

Jack is about 80 now; I imagine the next time I read his name -- if I ever do -- will be in an obituary. Forty years after he entered my life, and nearly 30 years after he left it, the fear and anger are long gone. What's left are the memories of a great team, and a love for the game that I developed in 1975 out of desperation -- but has remained far beyond its original intent.

Maybe Jack never took me to Fenway, but now I can go whenever I want. I tend to look at it not as revenge, but it feels sweet just the same.

Like a fly ball heading deep to left, staying fair, and making us believe anything is possible.