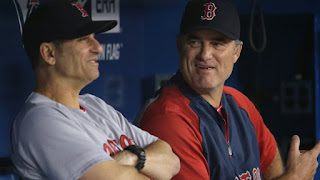 Have we seen the last of this?

The rumors out of Yawkey Way are that John Farrell will be back as Red Sox manager for the 2016 season, provided he is healthy after treatment for Stage 1 lymphoma. This would be a mistake.

As much as I wish Farrell well in his cancer battle and respect him for his 2013 World Series success and classy demeanor, this has been a different team since his bench coach Torey Lovullo took over as acting manager. The Red Sox have played with more energy, heart, and success since the switch, with numerous late-inning comebacks -- which was not the case earlier in the season.

Lovullo is now a hot commodity, and Boston stands to lose him as other teams seek to make managerial changes this offseason. Confounding the problem is that Lovullo has already said he will not take the Boston job if his friend Farrell -- who he served as a coach in both Boston and Toronto -- is fired or kicked upstairs to a desk job.

There is a solution, however, that might satisfy both men. 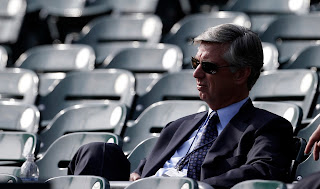 Monday morning, new Boston baseball czar Dave Dombrowski could invite them into his office and praise them for making the most of a tough situation. Since it was by working together that they were able to turn this hopeless year into a respectable one, he could explain, he doesn't want to break up that partnership.

He just wants to reverse it.

Imagine a 2016 Red Sox team with Lovullo as manager and Farrell as his bench coach. It would be the best of both worlds.  The grizzled veteran providing wise counsel to a protege-turned-colleague out to match his past success.

Young players like Travis Shaw, Jackie Bradley Jr., and Blake Swihart who blossomed under Lovullo this late summer would not feel abandoned, nor would veterans like David Ortiz, Dustin Pedroia, and Xander Bogaerts who went through the 2013 wars with Farrell. 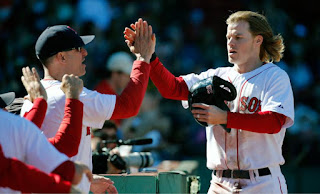 Lovullo has connected with players in 2015... 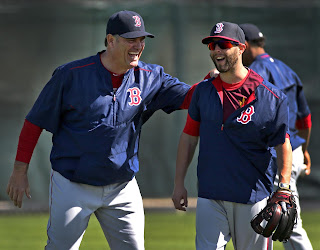 ...as Farrell did before him. (Boston Globe)

Look at the Yankees dynasty of recent vintage. Any time he wanted in-game consultation from 1996-2003, manager Joe Torre could turn to his side and ask bench coach Don Zimmer -- a veteran of 1,744 games as a manager. The godfather-consigliere arrangement resulted in six AL pennants and four World Series titles.

Zimmer was no doubt frustrated he never won it all as manager, but he could seek solace in the fact his insights were beneficial to Torre's success -- and recognized as such. Zim didn't let his ego get in the way of a good gig. 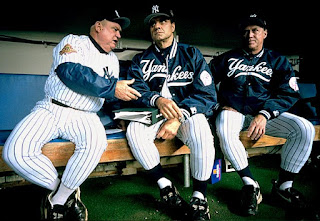 Zim and Torre made it work. (Sports Illustrated)

Farrell doesn't quite have Zimmer's MLB tenure -- he's managed less than 800 games -- but he has won championships in the Boston pressure cooker as both a manager and pitching coach (under Terry Francona in 2007). Since pitching is the biggest fix now needed here, Farrell's expertise before, after, and during games would be invaluable.

Both Farrell and Lovullo are proud men, but also smart enough and close enough to see that this could work.

Even if he recovers fully, Farrell could probably benefit from being in a job with less stress and media demands. He could head home earlier after games, get more rest, and still be near the world's best medical care.

Farrell can also look to his track record. Sure, he was at the helm for the 2013 champs, but he's also finished last 3 of his 4 years in Boston (the club was 50-64 when he stepped down this year). In six years as a manager, including 2011-12 in Toronto, he's finished over .500 once. Maybe he's a great baseball man but not cut out to lead. 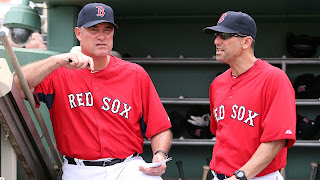 Could they handle a role reversal?

Then there is Lovullo. As well as he has done in his first two months as an MLB manager, he is still largely unproven. He knew the players on this team well when he took over in August, and they responded beautifully to him. If he stayed he could help them take the next step; in another city he would be starting from scratch -- and without a close friend by his side.

Why not give it a shot? Farrell has a guaranteed contract from the Red Sox through 2017, with a club option for 2018, so John Henry will be paying him regardless. If it doesn't work, Dombrowski would still have the option of offering Farrell another position in the organization and/or firing Lovullo. 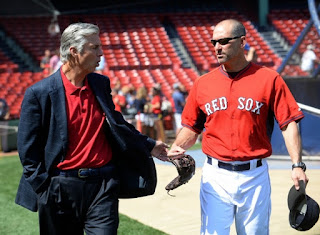 Firing Farrell and/or losing Lovullo to Washington or another team would be a public relations nightmare. Flipping their roles would be a wonderful feel-good story, providing it is spun as a decision made by the two men involved. Farrell has already won it all, so maybe he would enjoy helping his friend do the same.

There is one more reason Dombrowski should make this move: He knows it was not Farrell who assembled the train wreck of a roster Boston had entering 2015. Farrell didn't let Jon Lester go and fail to sign a true No. 1 starter. He didn't bring in Hanley Ramirez and his crappy attitude to play left field, or overpay for Pablo Sandoval because he had a cute nickname and gaudy World Series stats.

That was Ben Cherington and John Henry's team. The 2016 Red Sox will be all Dombrowski's, and John Farrell and Torey Lovullo should both be given a chance to lead them -- together. 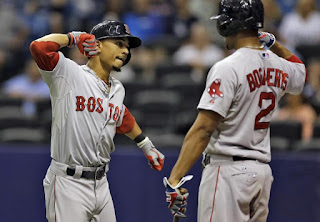