Ups and Downs with Tito, Pedro, and More 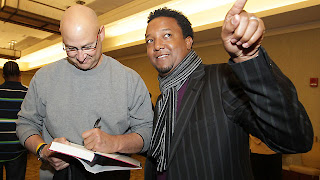 Tito autographs a book for his former ace.

What a roller-coaster week for Red Sox fans -- enough to make you reach for the Rolaids.

First came the early excerpts from former manager Terry Francona's book, revealing that during the 2010 offseason, Sox ownership took the advice of a media consultant to boost its sagging TV ratings by loading the team with "sexy" stars like Adrian Gonzalez and Carl Crawford. For those who looked forward to hearing Francona's memories of the 2004 and 2007 World Series runs, this mudslinging was just another reminder of how dreadful life has been on Yawkey Way the last 15 months.

Then there were the reports that contract negotiations with free agent first baseman Mike Napoli had finally been settled -- and that the early rumors of his injuries were even worse than expected. Napoli was found to have a more serious hip problem than originally thought, a development that whittled down Boston's original three-year, $39 million offer to one year at $5 million plus a ballbag full of incentives. 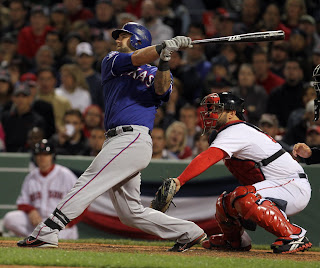 Napoli's next Fenway appearance will be in white.

Whereas Napoli was once touted to fans as a 25-homer guy who would solidify the right side of the infield, his drop in value has been so swift that the faithful has to be wondering whether Jeremy Giambi will show up in his place come spring training.

News was even dreary on the historical front, as two iconic Bosox opponents passed away on the same day. Earl Weaver was the type of fiery manager who seemed to break the hearts of Red Sox Nation every September while he was simultaneously making them laugh with his tirades. Stan Musial was the National League's answer to Ted Williams, a brilliant batsman who may not have been a war hero like The Kid but was someone to look up to in every other capacity. 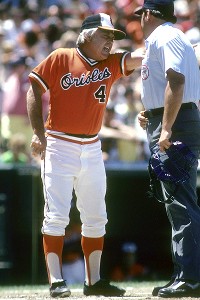 Earl and an ump -- always fun.

Then, just as temperatures began dipping to levels consistent with the mood, some sun began peaking through. Rewarding one of the few performers who exceeded expectations in 2012, Boston gave lefty reliever Craig Breslow a two-year contract with an option for a third year. Middle relief was a bright spot in a mostly dismal '12 season, and fans hope Breslow can continue to be one of the key men bridging the gap from the sixth to eighth innings. 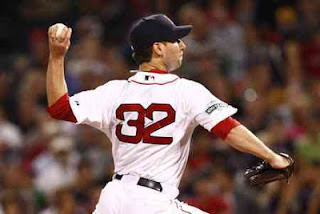 The brightest ray of all came as the mercury neared zero. On the eve of the annual Boston Baseball Writer's Dinner, general manager Ben Cherington announced that Pedro Martinez -- as brilliant and popular a pitcher as any to suit up in home whites at Fenway Park -- was returning to the organization as a special assistant to the GM.

Like the signing of former catching star and team captain Jason Varitek to a similar position a few months back, Pedro's hiring was a strong public relations move that could also prove very smart tactically. The Red Sox have been making great inroads in their pursuit of talented young Latin American players, and Dominican native Martinez is revered almost to the level of a Roberto Clemente among his countrymen.

A visit from Pedro might be just the edge the Sox need to win over a prospect and his parents, and there is plenty a guy with a .687 lifetime winning percentage can teach young pitchers of any background once they are signed. Just seeing Martinez's smile at Fenway South in Lee County, Florida should liven up spring training as new manager John Farrell starts rallying his troops to rise from the depths of last place.

"My heart will always live in Boston," Martinez said after the appointment was made official. After last year's team drew a nearly dead pulse, the return of Pedro and fellow 2004 hero Varitek may go a long way in helping get things pumping again. Can Tek and Pedro bring that old 2004 magic back?