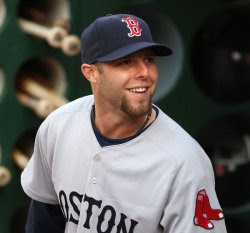 Get used to this guy; he'll be around a while.

I was on my honeymoon, sitting in Hawaiian paradise with a cool drink in my hand and my wife of one week at my side.

"What's wrong?" she asked, looking up from her chaise lounge. She had seen the look on my face, but I knew only a person who understood the significance of Bobby Sprowl and Mookie Wilson in Boston sports history would be able to fully understand my angst.

"Talks with Mo Vaughn have apparently broken down for good," I said, staring at the USA Today article in my lap.

She said she was sorry, and returned to her book. I'm sure Michelle really did feel bad for me, but the true significance of the moment was lost on her. 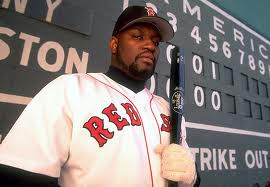 Mo left his Monster seasons behind in Boston.

I had heard Vaughn say "it's not about the money" on a radio show a few months before, but now the Red Sox' All-Star first baseman who was coming off a .337, 40, 115 year (and a .993 OPS before people factored in this sexy stat) had spurned an offer of five years and $62.5 million to resign. As a free agent, he planned to see what else was out there.

Nearly 15 years later, I still remember the emptiness I felt as I searched around the pool for someone in a "Thanks Yaz" painter's cap with whom I could commiserate. I had no luck, but since I'm still married I guess i got over it somehow. 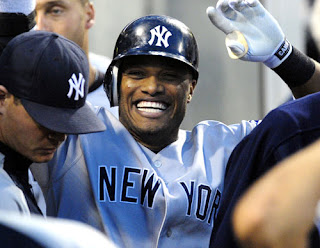 Cano could break the bank; that's OK with Petey.

In signing an eight-year contract extension this week, Red Sox second baseman Dustin Pedroia did more than secure his own place of employment through 2021. He made a statement: even though he would have likely stood to make much more than a $14 million average annual salary were he to wait until his Yankees counterpart Robinson Cano signed his next deal as a free agent deal this coming winter, Pedroia decided to stay put.

More money would be nice, I imagine he thought, but why take a chance on blowing something so great? In Boston he has a team that is almost always competitive, a passionate fan base that loves him, and a ballpark very well-suited to his talents. None of this would be guaranteed were he to leave, even if his pockets were better lined. 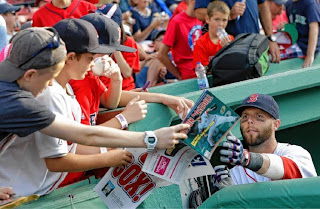 Pedroia knows he has a good thing going.

It was the same case with Vaughn all those Novembers ago. He had the perfect Fenway swing, an MVP award on his wall (like Pedroia), and popularity that crossed all color lines (not quite as easy a feat in 1998 Boston as it is today).

Vaughn even had a number -- 42 -- that was a magical baseball digit and would be his until he retired even as it hung in right field to honor Jackie Robinson. Had Mo stayed in Boston until he retired, there is good reason to speculate the Sox would have placed a second "42" next to Jackie's to signify Vaughn's great career.

Instead, claiming a lack of respect from general manager Dan Duquette, he went west -- signing the largest contract in major league history ($80 million over six years) with the California Angels. 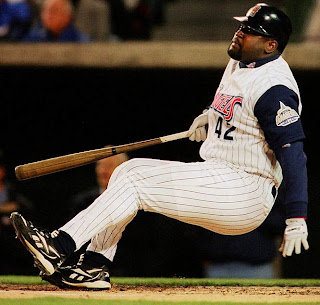 Mo as an Angel; not very heavenly.

One of the most beloved athletes in Boston, a man who thrived on the energy at Fenway an embraced the city's long and rich baseball history, was going to a city where the fans showed up in the third inning, left in the seventh, and spent the four in between drinking frozen daiquiris.

I don't think he ever came out and admitted it, but Vaughn likely knows he made a big mistake leaving Yawkey Way. He suffered a severely strained ankle injury falling into the home dugout at Anaheim Stadium in pursuit of a fly ball during the 1999 home opener, and missed all but nine games that year. Two decent seasons followed that fell far below the previous lofty standards that had earned him the mega deal. 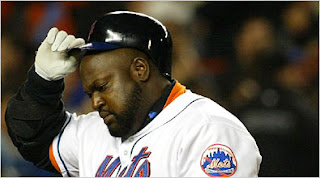 Mo as a Met; not a good match.

A trade to the Mets did not help. After slogging through one-and-one-half dismal campaigns at Shea, hurt by a broken hand and an expanding waistline, Vaughn retired due to chronic knee pain in 1993. Once seemingly a lock for 400 home runs, and possible Hall of Fame inclusion, he was out of the game at age 35 with just 328 homers.

Of course Vaughn could have suffered his ankle and hand injuries in Boston, but it certainly appears he left his good karma and elite production at Fenway. Pedroia wants none of that.

Petey could have made more money had he waited out the Red Sox for a year until Cano signed -- and then used him as a benchmark for his worth. But Pedroia appears to understand the importance of staying put and building on his legacy. If he stays in Boston through the length of the deal, Pedroia still be calling Fenway home when my 8-year-old daughter is a high school senior.

Then, perhaps a few years later, there will be another number -- 15 -- hanging in right field: 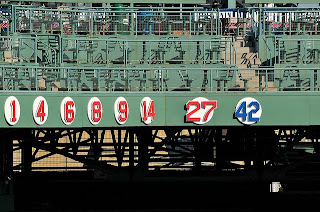 Room for one more?